Program 1: Black Women Behind the Lens 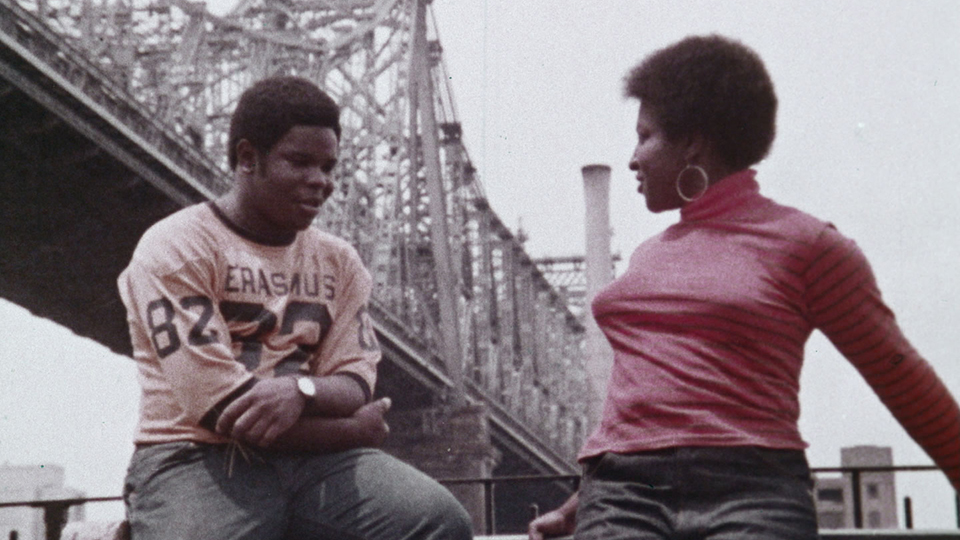 “Creating a Different Image: Black Women’s Filmmaking of the 1970s-90s,” opens with a showcase of the multifaceted work of Black women filmmakers from the mid-twentieth-century to the present. We begin with an excerpt from Yvonne Welbon’s award-winning documentary Sisters in Cinema (2003), which examines the careers of Black women filmmakers, including many of the filmmakers in our 2023 festival. We then turn to early work by pioneering filmmakers Hortense “Tee” Beveridge, Madeline Anderson, Pearl Bowser, Louise Fleming, and Monica Freeman. Beveridge, a talented film editor who worked in public television as well as on feature films, experiments with the expressive possibilities of editing in Editing Exercises (1950s) and her later film Morris (1971), made in collaboration with Brownsville Youth Center. Anderson’s Integration Report 1 (1960) examines the struggle for racial equality across the United States, and her later film Being Me (1975) explores the power of arts education and how children conceptualize their personal, family, and cultural identities. Bowser, best known as a film curator and historian, experiments with the horror genre in her short film, The Guest (1977). Fleming’s Just Briefly (1975) features a young Black woman’s reflections on a fleeting, ill-fated romance. And we conclude with Freeman’s Valerie: A Woman, an Artist, a Philosophy of Life (1975), a portrait of sculptor Valerie Maynard which also explores, more broadly, what it means to be a Black woman and an artist. (16mm and digital video, 97 min.)