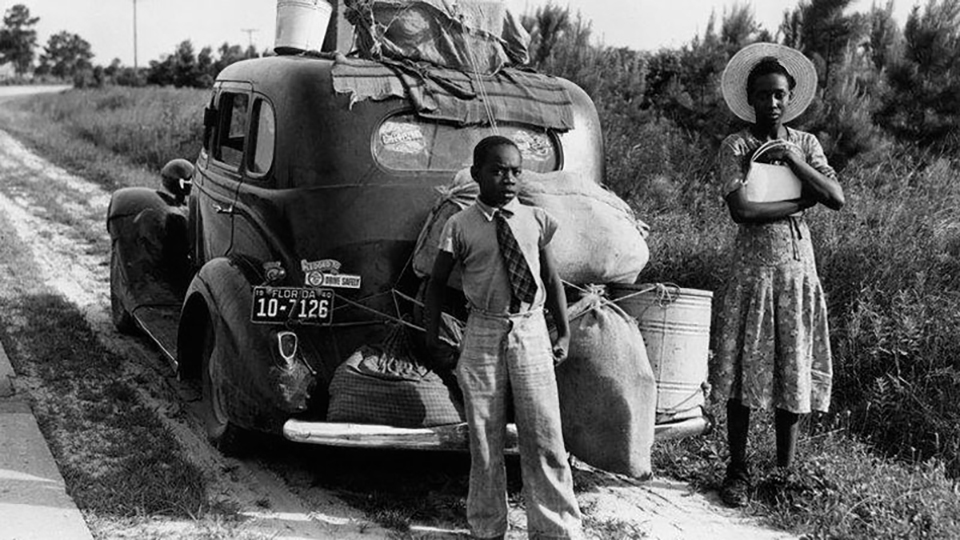 Goin’ to Chicago chronicles one of the most momentous yet least heralded sagas of American history – the great migration of African Americans from the rural South to the cities of the North and West after World War II. Four million black people created a dynamic urban culture outside the South, changing America forever. Goin’ to Chicago traces this history through the personal stories of a group of older Chicagoans born mostly in the Mississippi Delta. They share their bitter recollections of sharecropping – owing half of each crop to the landowner, each beginning back-breaking labor in the fields at ten. A steelworker, newspaper editor, blues musician and others movingly recall their journeys up Hwy. 61 to Chicago in search of comparatively well-paying factory jobs. On the South Side they built a vibrant city-within-a-city of thriving black businesses and civic institutions, proudly referred to as “Bronzeville.” They recall that after World War II increasingly self-assertive and prosperous blacks led a bitterly resisted struggle to open up fair housing opportunities outside the ghetto. But just as the American Dream was coming into reach for some, the steel mills and stockyards closed, leaving newer immigrants trapped in decaying public housing projects and inner-city despair. Goin’ to Chicago is a moving tribute to a generation of African Americans who struggled – and triumphed – over odds as great or greater than other immigrant groups.