Black Theater: The Making of a Movement

RSVP for this event

All attendees are required to wear a mask to this event regardless of vaccination status. 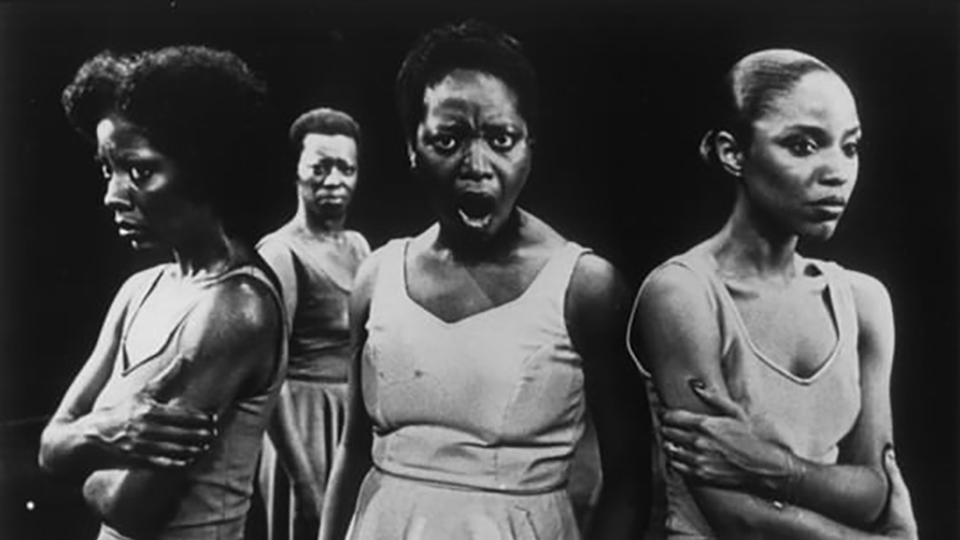 Black Theatre: The Making of a Movement documents the birth of a new theatre out of the Civil Rights activism of the 1950s, ’60s and ’70s. It is a veritable video encyclopedia of the leading figures, institutions and events of a movement that transformed the American stage. Amiri Baraka, Ossie Davis, James Earl Jones, and Ntozake Shange describe their aspirations for a theatre serving the Black community. Excerpts of A Raisin in the Sun, Black Girl, Dutchman and For Colored Girls… reveal how these actors and playwrights laid the basis for the Black theater of the present. (Woodie King Jr., 1978, 114 min., DVD)

Maséqua Myers is an award-winning Producer, recognized with honors from the Beverly Hills/Hollywood NAACP, Theatre Awards as Best Producer and AV Multimedia Producer’s National Magazine, Top One Hundred Producers in the USA. She was awarded the Lifetime Achievement Award from the African American Arts Alliance in 2008. As the former Executive Director of the historic South Side Community Art Center, she was awarded the Black Excellence Award by the African American Arts Alliance of Chicago as Curator of the “History Thru Art: A Woman’s Palette” exhibition at the South Side Community Art Center. Ms. Myers received the Dr. Margaret Burroughs Legacy Award presented by the Women’s Board of the DuSable Museum of African American History and the Deloris Jordan “Excellence in Community Leadership” award at the Black Harvest Film Festival.