Presented by South Side Projections and the Beverly Arts Center 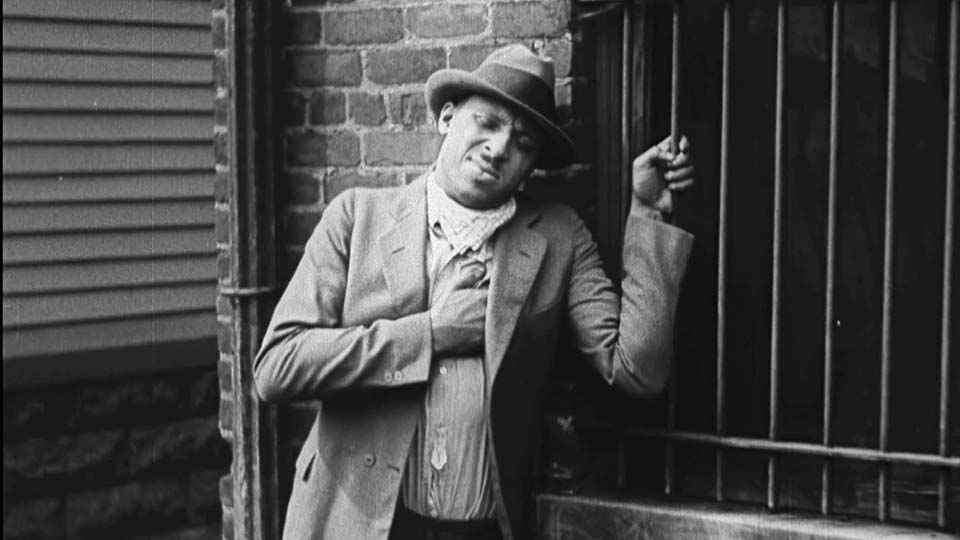 A slow delta blues song realized by David Lynch may be the best way to describe this wholly unique and cinematically innovative drama from 1928 (or 1929 or 1930; as with the film’s meaning, the year of release is something of a mystery). A poor street violinist, Sundaisy (played by writer/director Richard Maurice), pledges to protect an orphan from preying small-time hoodlums only to fall victim to his own naiveté. A surreal melodrama that may or may not be all the dream of a struggling writer, the plot culminates in one of the most bizarre endings in film history. Not to be missed, this recent discovery shines a light on the small but powerful body of work by Richard Maurice, a little-known African American independent director working in 1920s Detroit.