Llévate Mis Amores (All of Me) 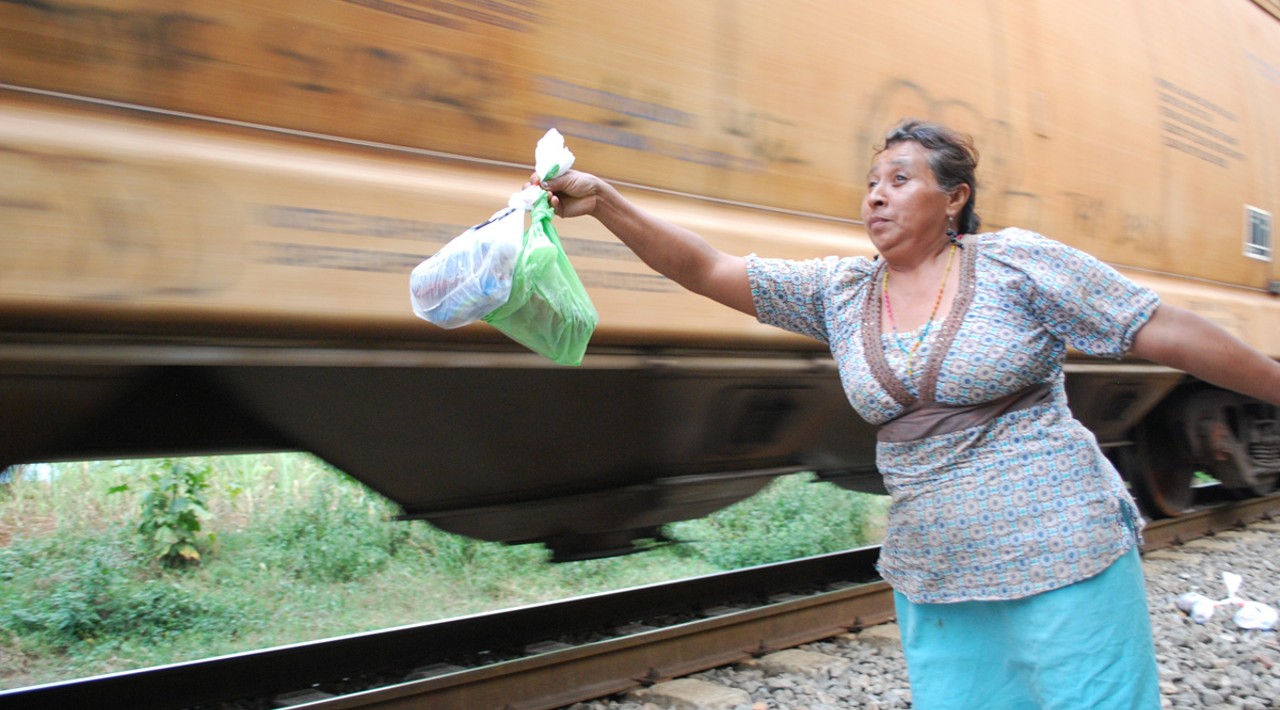 South Side Projections presents the first film in a series about undocumented immigrants that will run February through June at locations around the south side. Each screening will feature a panel discussion. The series is sponsored by Contratiempo, theCenter for Latin American Studies at the University of Chicago, and the Reva and David Logan Center for the Arts.

Llévate Mis Amores (All of Me)
In the Mexican village of La Patrona, a multigenerational group of women, known as Las Patronas, prepare packages of food, clothing, and other necessities, which they toss to migrants riding freight trains north to the United States. In between suspense-filled handoffs, first-time filmmaker Arturo González Villaseñor shows the women preparing supplies while talking about their own lives, their dreams for their children, and society’s gender-based restrictions on their own dreams. The Chicago Reader said “Villaseñor has achieved something rare—a satisfying piece of spiritual filmmaking on a delicate political topic.” (Mexico, 2014, 90 min.)

About Marco Escalante
Marco Escalante has published numerous essays on film and literature in Contratiempo Magazine. He also has a literary blog at the Siete Vientos Press web page.