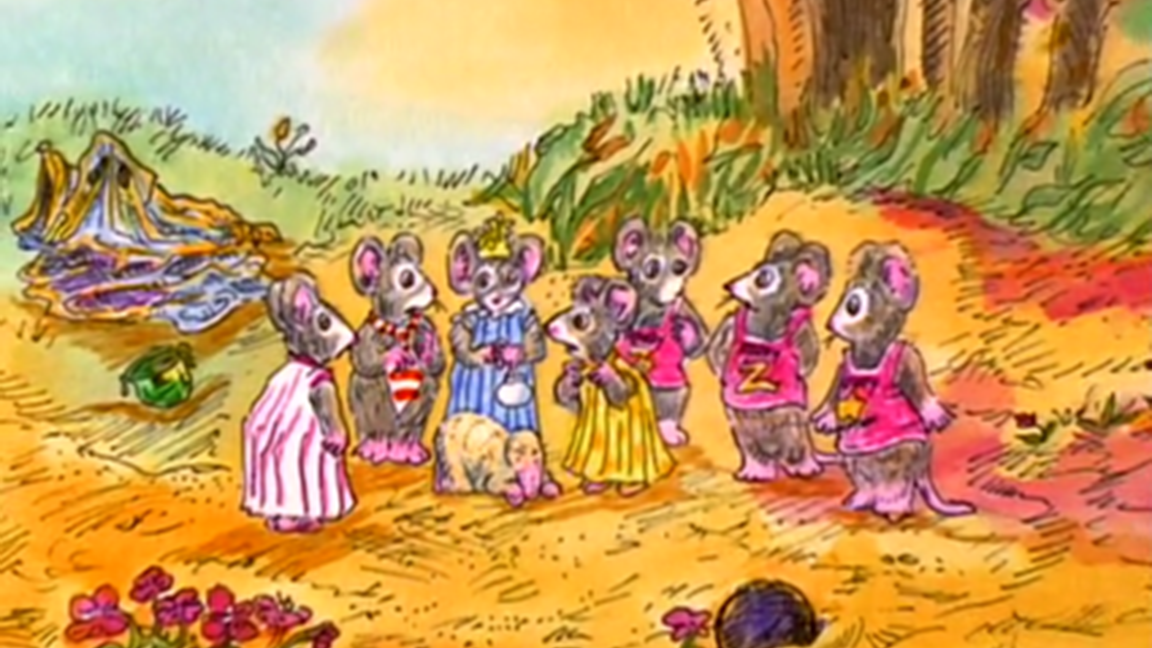 For January’s Logan Center Family Saturday theme of “Visions of Peace,” we’ve gathered several classic and soon-to-be classic animated films about overcoming shyness, fear, and greed to create a better world. Yo! Yes? (Michael Sporn, 2000, 7 min.), an adaptation of Chris Raschka’s 1993 book, is about two kids on a basketball court who decide to take a chance on friendship. In Island of the Skog (Don Duga & Irra Verbitsky, 1999, 16 min.), an adaptation of Stephen Kellog’s 1973 book, a family of city mice flee across the sea to find a peaceful place to live, only to discover that their new home is also the home of a mysterious, possibly dangerous creature. Abuela Grillo (Grandma Grasshopper) (Denis Chapon, 2009, 13 min.) tells of a woman who summons rain when she sings, which angers companies that want to make people pay for water.