AfriCOBRA: Art for the People

Presented by South Side Projections, The HistoryMakers, the DuSable Museum of African American History, and the Chicago Metro History Fair. 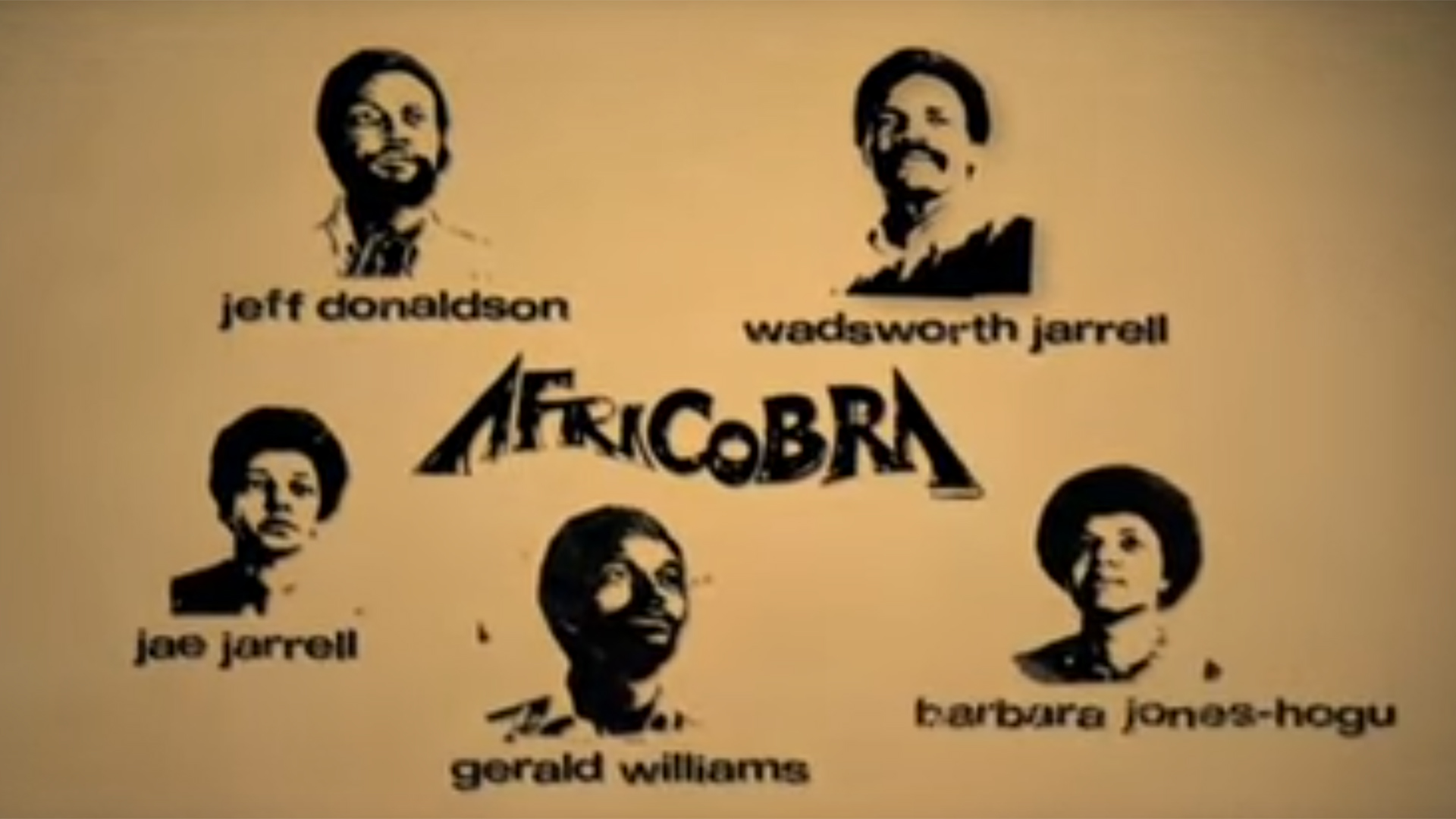 Created by television network TV Land in 2011 in honor of Black History Month, AfriCOBRA: Art for the People (Juan Declan, 30 min., digital projection) features an engaging history of Chicago’s AFRICOBRA (African Commune of Bad Relevant Artists) collective, which seeks to effect positive change by creating images that affirm and uplift the Black community. Narrated by Phylicia Rashad and featuring interviews with several members, the film explores the group’s activities from its founding in the turbulent 1960s through today, as a  new generation of artists has joined the group and continues its groundbreaking work. Following the film will be a discussion with AfriCOBRA co-founder Gerald Williams moderated by D. Denenge Duyst-Akpem.

Gerald Williams is a painter and a founding member of AfriCOBRA. Born in Chicago, he earned a Masters in Fine Arts at Howard University, served in the United States Air Force, was a Peace Corp Volunteer for several years, taught in public schools in Chicago and Washington, D.C., and served as Arts and Crafts Director for the United States Air Force for twenty years until his retirement in 2004. He has exhibited in Chicago, nationally, and internationally.

Deva Newman is Senior Vice President, Creative, at Paramount Network and TV Land. Before starting at Viacom in 2002 as a producer for Nick at Nite, she was an Emmy-nominated field producer for Dateline NBC.

D. Denenge Duyst-Akpem is a space sculptor, performance artist, writer, and adjunct assistant professor in SAIC Department of Art History, Theory, and Criticism. Her work foregrounds the Black Arts Movement and Afro-Futurism as pathway to liberation and has been featured at Library of Congress, Arts Club of Chicago, Red Bull Arts NY, and MCA Chicago, among others. She is currently working on a series of book projects including an Afro-Futurist take on the 1969 Moon landing for the upcoming commemorative exhibition at Kunsthaus Zurich.