Presented by South Side Projections and Blanc Gallery. 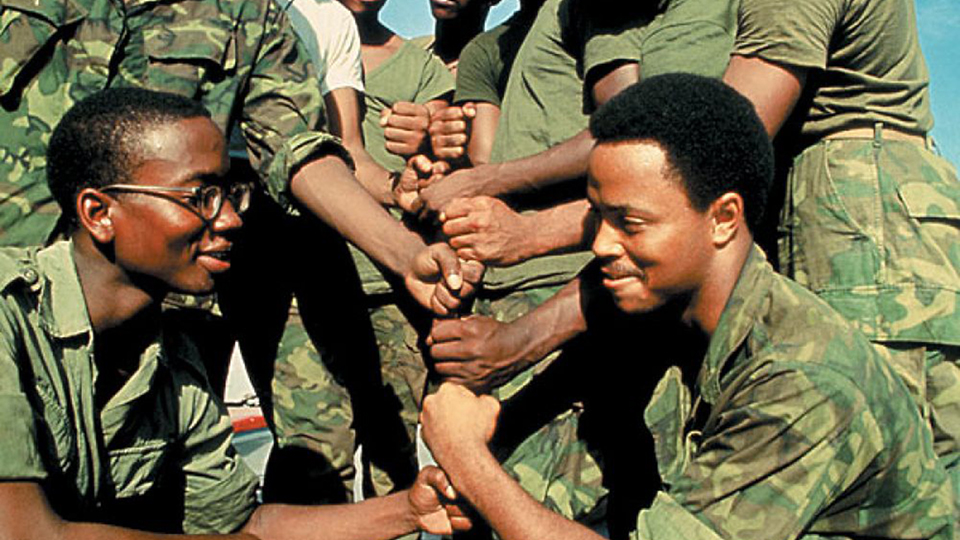 Devorah Heitner, author of Black Power TV, introduces a screening of The Black G.I., a 1970 episode of Black Journal. Aired nationally on the PBS precursor WNET, Black Journal was one of a wave of public affairs programs launched in the late 1960s that emphasized African American issues. The Pentagon authorized Emmy and Peabody-winning Black filmmaker Kent Garrett to go to Vietnam hoping that he would emphasize the successes of Black officers, but The Black G.I. is instead a damning catalog of the discrimination that Black soldiers experienced both on and off military bases in Vietnam. (Kent Garrett, 1970, 55 min., 16mm print courtesy of Indiana University Libraries Moving Image Archive)

Following the screening, Heitner will be in conversation with Bennie Webb, who joined the army at age 15 in response to the radio-broadcast trial and execution of Willie McGee. He served in one of the first integrated Army units but was discharged because he was under 18 years old. He rejoined in 1958 and worked as radar operator in the 5th Army Command based in Hyde Park, then in the C-40 Nike Missile Launch Area in Burnham Park. He shipped out to Vietnam in 1966 as a combat soldier in the 1st Battalion, 18th Infantry, and was wounded in a mortar attack during the 1968 Tet Offensive. He was discharged from the Army in 1970.

Heitner will sign copies of Black Power TV at the end of the event.