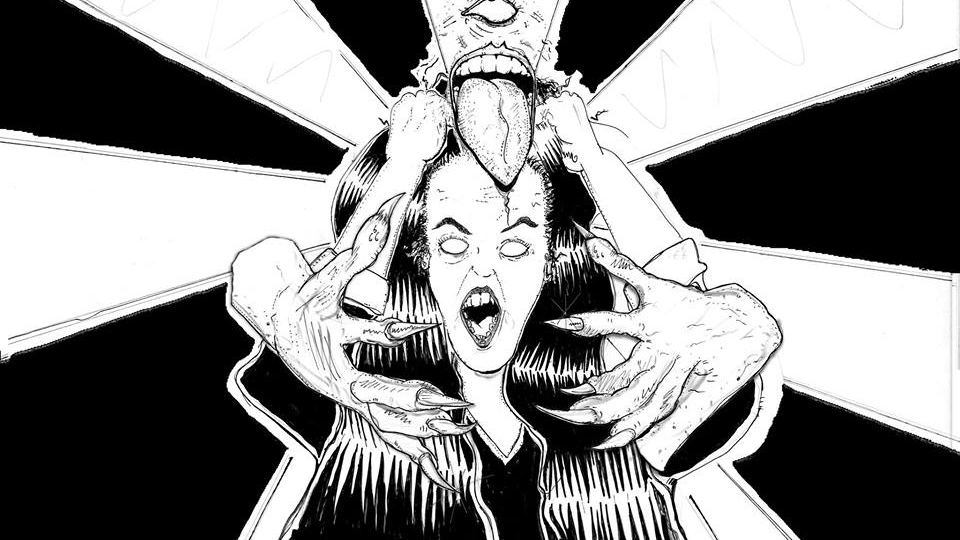 Once an insidious flight of fancy reserved for crackpot conspiracy theorists and unglued skeptics, paranoia seems to have permeated mainstream culture as the trademark affect of our uncertain times. In a clinical sense, paranoia is the worst form of solipsism, situating the subject at the center of the universe, either as a persecuted victim or the only one who possesses the skeleton key to the “real” truth. Conspiracy theories, secret histories, and other manifestations of paranoid thinking are ways to explain that which is not easily explainable, for it is simpler to tell yourself a fiction, no matter how fantastic, than to stare into the void of nothingness. The information age was supposed to be the death knell for paranoia; we have more data at our fingertips than ever before, yet we seem inundated with an increasing degree of lies and falsehoods. Instead of separating fact from fiction, the opposite has happened. Amidst this epistemological crisis—perpetuated not by a shadowy cabal or sinister cult, but public figureheads at the uppermost echelon of politics, the media, and global corporations—empiricism itself is beginning to feel increasingly paranoid. Cinema, the most dominant illusory mode of the twentieth century, has provided us with some textbook illustrations of paranoia, from intimate studies in delusional psychosis like The Game or Bunny Lake Is Missing, to wartime conspiracy plots in which everyone is a suspect, such as Ministry of Fear or The 39 Steps. Yet more interesting are films that reflexively implicate the medium itself as a dangerous tool for ideological indoctrination—think the notorious brainwashing sequence from A Clockwork Orange or Slavoj Žižek’s psychoanalytic video essays. It follows that we might be able to deploy avant-garde tactics that disrupt mainstream cinematic conventions to deconstruct the illusory smokescreen of fake news, counterfactuals, and falsehoods that bombards us at every turn.

Taking its title from Alan J. Pakula’s classic paranoia thriller (which itself refers to an optical distortion phenomenon), Parallax Views presents several experimental short films interfacing with an aesthetics of paranoia. Based on a Kafka short story, Stan VanDerBeek’s Mirrored Reason (1980, 10 min., 16mm) centers on a woman obsessed with a distorted memory of herself, blurring the line between paranoia and insanity. In John Smith’s The Black Tower (1987, 25 min., 16mm), a man believes that he is being stalked by a nefarious tower as he traverses the streets of London. Critic Nik Houghton says, “the images, meticulously controlled and articulated, deliver a series of colour coded puzzles, jokes and puns which pull the viewer into a mind-teasing engagement.” Drawing a parallel between the stagecraft of filmmaking and the pervasive climate of government surveillance, Deborah Stratman’s Hacked Circuit (2014, 15 min., HD video) grapples with the complication of the seen, the known, the heard, and the undetectable. Taking place in a laundromat, J. Leighton Pierce’s Miracle of Change (1984, 7 min., 16mm) is an exploration of territoriality, paranoia and voyeurism. The space itself exerts an oppressive force on the characters as they strive to define and maintain their individual semi-private spaces in the public sphere. Stephanie Barber’s Woman Stabbed to Death (1996, 9 min., 16mm) is a “tiny horror film” about the apathy of strangers and the ambient paranoia subliminally ingrained in women. Filmmaker Ernest J. Ramon will present special excepts from his Critical Paranoia series and participate in a Q&A. Films and descriptions courtesy of Canyon Cinema, Video Data Bank, and Ramon himself.