Presented by South Side Projections and Black World Cinema 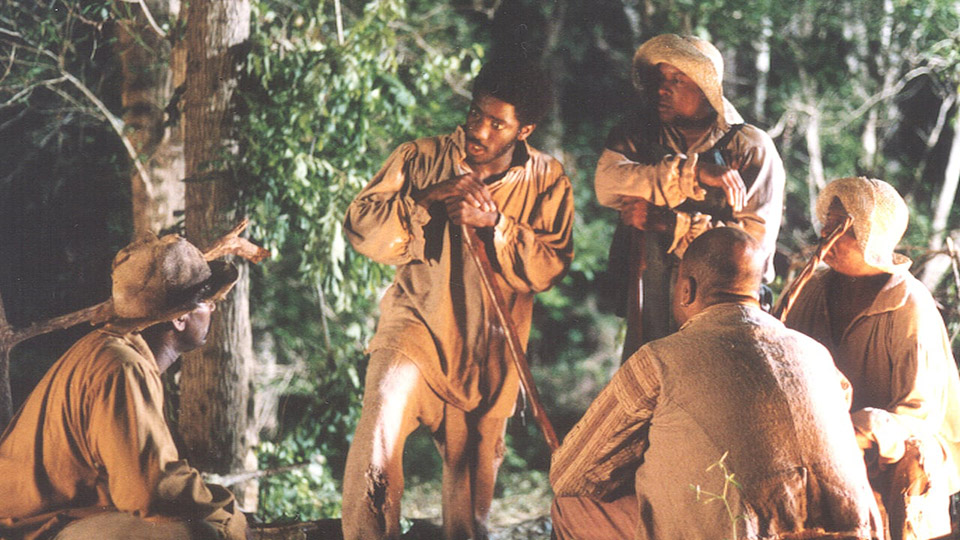 Nat Turner’s slave rebellion is a watershed event in America’s long and troubled history of slavery and racial conflict. Charles Burnett’s Nat Turner: A Troublesome Property tells the story of that violent confrontation and of the ways that story has been continuously re-told during the years since 1831, most recently in Nate Parker’s film Birth of a Nation. Nat Turner was a “troublesome property” for his master, and he has remained a “troublesome property” for the historians, novelists, dramatists, artists, and many others who have struggled to understand him. To emphasize the fictive component of historical reconstruction, the film adopts an innovative structure: interspersing documentary footage and interviews with dramatizations of different versions of the story, using a new actor to represent Nat Turner in each version. As literary critic Henry Louis Gates explains in the film, “There is no Nat Turner to recover; you have to create the man and his voice.” (Charles Burnett, 2002, USA, 60 min., DVD)