Presented by South Side Projections and the Hyde Park Art Center. 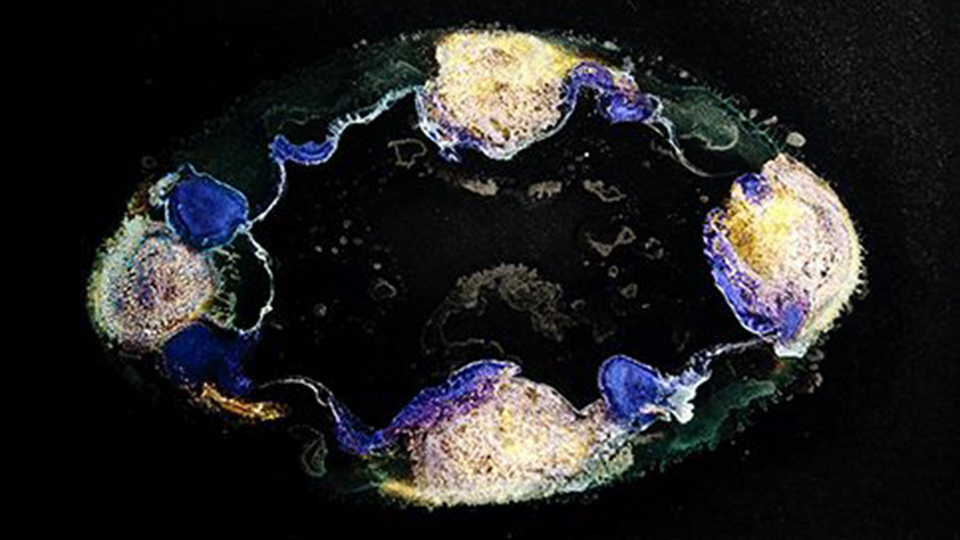 South Side Projections and the Hyde Park Art Center present a screening of experimental animation by Sky David. Formerly known as Dennis Pies, Sky David’s films are hallucinatory visions of a phantasmagorical landscape etched in light. Painstakingly drawn by hand, these animated masterpieces, bursting with kaleidoscopic colors and metaphysical symbolism, bring to mind the psychotropic imagery of 2001: A Space Odyssey‘s “Star Gate” sequence, and the beguiling paintings of Georgia O’Keeffe or Yves Tanguy. Upon returning home as a veteran of the Vietnam War, Pies, without any prior art-making experience, turned to experimental cinema as a vehicle for catharsis and self reinvention. Sky David’s work reached mainstream audiences in 1984, when he created special effects for the sci-fi thriller Dreamscape. In addition to filmmaking, Sky David has taught life sciences at Harvard, San Francisco State University, and other colleges for over 25 years, as well as maintaing a research facility in California where he works on the regenerative benefits of detoxification therapy with light. This program will feature some of Sky David’s most famous films, including Ace of Light, Sonoma, and Luma Nocturna, as well as rare, lesser known works. To quote the description of Cinefamily’s 2015 retrospective: “Mystical, dreamlike, and otherworldly — watching a Sky David film is like stumbling into the pages of the Tibetan Book of the Dead, Popol Vuh or I Ching.” Approximate program time: 60 min. Digital projection.

Please note: some imagery may be considered inappropriate for younger audiences.