Interview with director Nick Macdonald, whose films were the subject of a South Side Projections retrospective in December 2016. 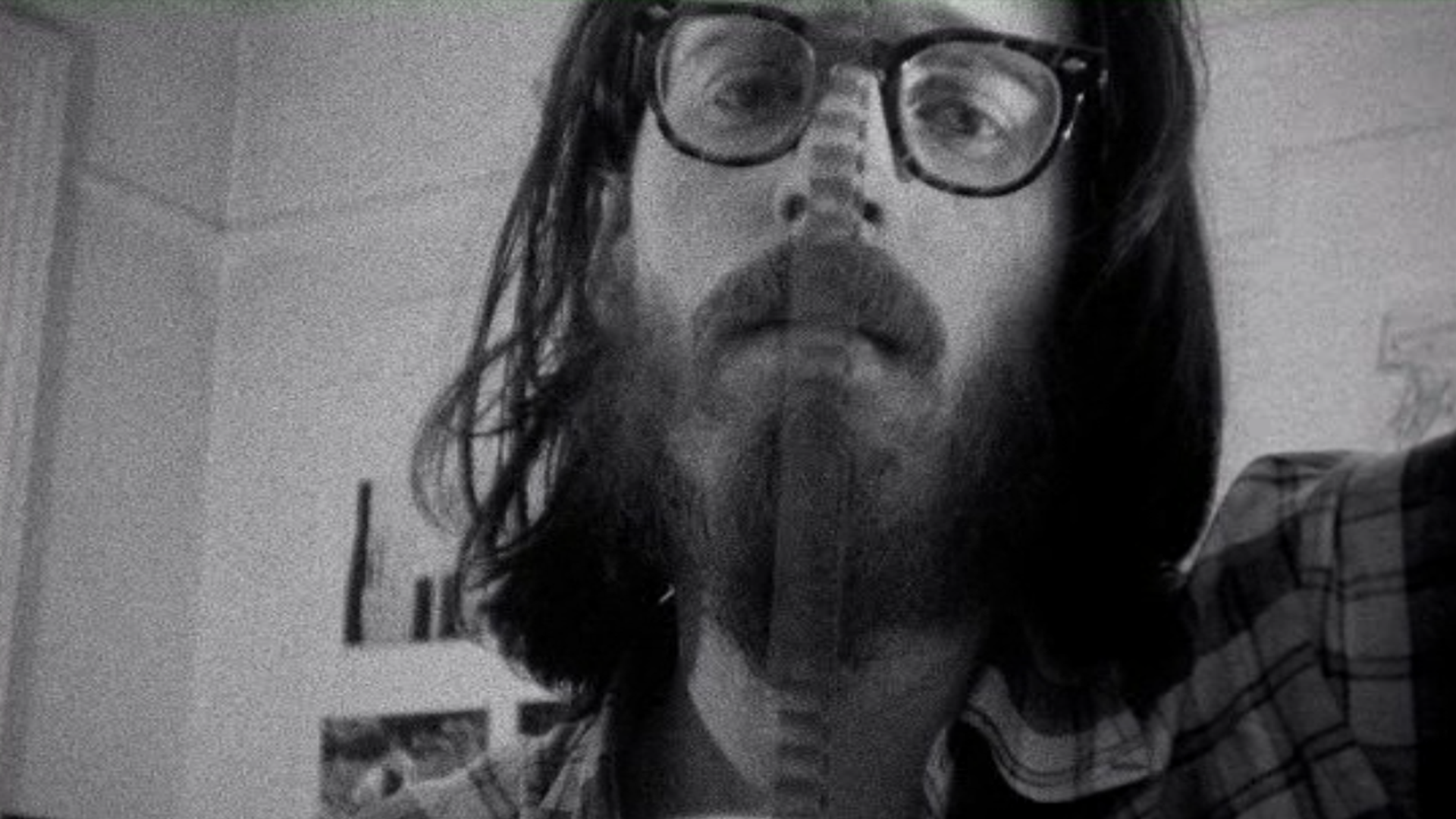 In 2014, while researching the 1971 Attica prison uprising in preparation for a screening of Cinda Firestone’s documentary Attica, I (SSP director Mike Phillips) came across a filmmaker named Nick Macdonald, who in 1975 had made a short film called Still Attica Remains. I couldn’t find much info on him, so my interest grew.

I learned what the films were like from Richard Porton’s Film and the Anarchist Imagination and David James’s “Documenting the Vietnam War,” and they seemed like catnip to me. One of these authors mentioned that the only way to see the films was to contact the filmmaker, so I found Nick in the White Pages and sent him a letter because I hate cold-calling people. In a few weeks, Nick emailed me. After a bit of back-and-forth, we’re presenting the Chicago premiere of several of his films, and he’ll take part in a Q&A with Jonathan Rosenbaum.

When we talked on the phone a few weeks ago, I asked him how he got interested in film. He implied that it all started when his father, cultural critic Dwight Macdonald, took him to see Jean Renoir’s La grande illusion (more on that later) in 1959, when the restored version was released. During the summer of 1964 he bought a 16mm Bolex camera with income from a summer job. He attended the Putney School; future actor/playwright Wallace Shawn and future film critic Jonathan Rosenbaum were in the class ahead of him. At Harvard, he made some silent comedies, one of which featured Shawn and filmmaker Morgan Fisher, and some silent documentaries as well.

But things changed in the late 1960s, when he became politicized. “I came late to the leftist radical movement. I can’t call myself a real activist,” he admits. “I mean, I went to demonstrations, but an activist to me is someone who really devotes their life to planning the day-to-day kind of work. I would never pretend to be that. Pasting pictures up in the subway—what does that prove? But it was a first step, and it was very hard for me.”

He’s referring to Break Out!, his first “signature” film, in which he developed the techniques that would mark his films for the next five years. In it, he makes fun of self-consciously political directors like Jean-Luc Godard, berates himself for being an “armchair radical,” and embarks on a modest guerrilla protest campaign.

Those techniques—a sort of bricolage in which Macdonald used narration, newspaper cutouts, knickknacks, photographs, guerrilla skits, and wordplay on a letter board to explore such topics as the Vietnam War, Palestine, the Attica uprising, women’s liberation, and the antiwar movement—were in part due to economic necessity. “It was the cheapest way I could do it,” he says. “I only refilmed if something went terribly wrong.”

He decided to use narration to make his point, and then “just use whatever objects I had around. I had to figure out how long the words were going to be and then figure out how to fill in the space. Once I had the kinds of things I wanted to talk about, I then had photographs, I had objects, I had toys, I had posters, I could play around with the words.” It was simply a way of trying to have something visual to fit what he was saying. “How am I going to illustrate Kennedy without just having a face onscreen for 30 seconds?” he remembers thinking. “So I started cutting things up and moving war toys and whatever. It was a challenge to make it more creatively visual rather than a normal documentary.”

It was only in retrospect that he saw how well this bargain aesthetic fit his political outlook. He became interested in anarchism in 1971, and realized that his early film output was perfectly suited to his anarchist point of view. “They were personal movies, not historical documents,” he says. In several of them, he explicitly states that “it was one person’s point of view as opposed to a dogmatic top-down point of view.”

This is in contrast to mainstream documentaries like Hearts and Minds, which present the illusion that they’re the whole story. But by their nature, by using TV footage and footage supplied by the army, films like that one are part of spreading the official story. Nick’s films refuse to do that. “The biggest problem with documentaries is distortion, what you leave in and what you don’t include, and whether you admit it in whatever way in the film. My movies avoid that issue completely.”

Dealing as they do with protest, war, and prison uprisings, it’s easy to think they’re dead serious, and sometimes you don’t realize that it’s OK to laugh. But No More Leadershit is hilarious in parts. And there’s a moment at the end of Palestine over the end credits when his wife Elspeth asks him why he made the movie. He responds with a well thought out answer about how people don’t have all the information and might change their minds if they knew more, and she bursts out laughing. End reel. “Picking fights with sacred cows can be a funny thing to do,” he says. “If you’re on the outside, humor is a way of deflating the pretense.”

His last two political films, 1976’s Acts of Revolution and Our Common Senses, depart from his previous films by featuring actors prominently. “I thought I’d done as much as I could the way I made the earlier films,” he says. “I was disappointed in those two 1976 movies. I didn’t know how to direct actors, so they seemed stiff, especially myself.” He laughs. “Actually I like those movies much more today than I did then. But I wasn’t going to go back to making the ones without people; I felt I had dealt with all the subjects I wanted to.”

Nick turned away from his political essay films after 1976, desiring to move into fictional films with actors. “My real interest was dramatic movies. They’re the ones that really are much more politically powerful because they’re more emotionally engaging. I find most documentaries unengaging emotionally; it’s an intellectual exercise.”

His dream was to make a feature film, “but I really wasn’t ready for that. It was very naive of me.” He wrote a script for a film about Francis Marion, the Swamp Fox, an American revolutionary officer who led an integrated band of guerrilla fighters. He wanted Warren Oates for the lead. He wrote a proposal for a film about jazz pianist Earl Hines. But practical problems intervened: “How am I gonna raise money to make a feature movie?” For another project, a film about two people on the run from the government, he started filming it with friends, with himself and his wife Elspeth as the leads. “But again, I’m not an actor, and it was ridiculous to think I could do that.”

This wasn’t the end of his filmmaking. He started working on “a theme and variation movie with my son making coffee in the morning with five shots and then repeated in 24 different ways,” and he almost finished it. When the Museum of Modern Art recently took in his archives, he asked them if he could keep the negative of that film. “I may just finish that,” he says, “and the last variation could be my son’s son doing that coffee.”

Looking back on those days, he says “I should have realized that I was way over my head. I was not in a good frame of mind for many years. And of course I was also working and making a living, helping to raise a family.” He worked for fourteen years for a committee that his mother had founded that helped refugees from the Spanish Civil War, and in 1965 he had made a silent documentary about the group. Beginning in the early 1980s, he worked at Long Island University in Brooklyn running a program that helped high-school dropouts earn their GEDs and college credit.

In 2001 he started work on what was to become In Search of La Grande Illusion, his book about Jean Renoir’s 1937 film. It’s tempting to think of it as a fitting conclusion to a lifelong love of film that began on the day in 1959 when his father took him to see that film, but I don’t think that story is over.