Finally Got the News 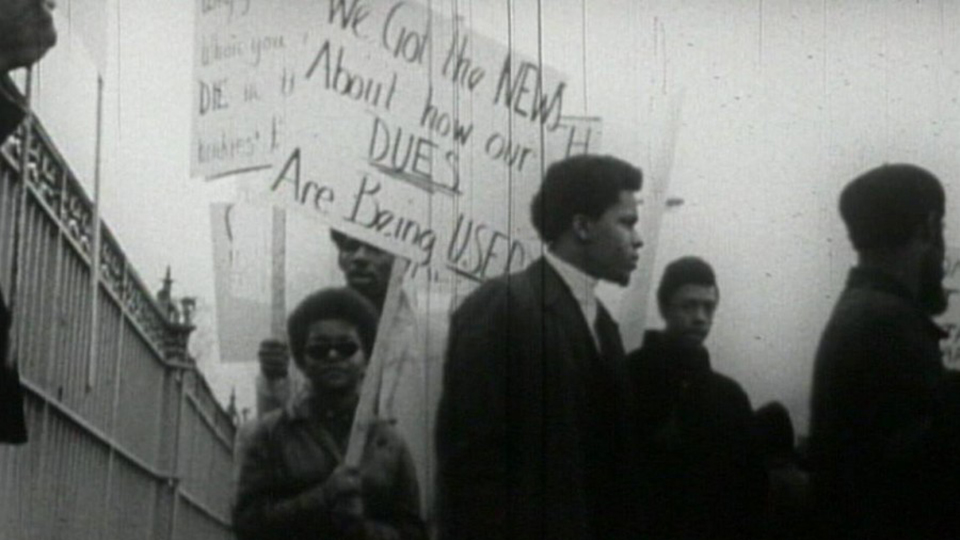 Finally Got the News is an incisive, revelatory portrait of African American autoworkers in Michigan factories, whose grievances had reached a boiling point by 1969. Recombining in independent, militant organizing groups—notably DRUM (the Dodge Revolutionary Union Movement) and the League of Revolutionary Black Workers—they attempt to bypass the demands the auto companies, the resentment of their fellow white workers (many of whom also migrated from rural Southern poverty), and the timidity of their ostensible allies in the United Auto Workers. A collaboration between the League and the unabashedly leftist documentary group Newsreel (although it did not end up being a Newsreel film), Finally Got the News articulates and embodies the power of collective action. (1970, 57 min., DVD; courtesy of Icarus Films)

About the Panelists
Annie Sullivan is a PhD Candidate in the Screen Cultures program at Northwestern University. She holds a BA from the University of Michigan and an MA in Film Studies from the University of Iowa. Her dissertation project examines issues of race, mobility, and local media production alongside broader historical processes of urban development and social change in post-industrial Detroit. Mike Siviwe Elliott, a longtime labor and community activist, is Labor Committee Chair of the Chicago Alliance Against Racist & Political Repression, member of Black Lives Matter-Chicago, Recording Secretary of the Coalition of Labor Union Women (CLUW) Chicago Chapter, and a leader in the fight for community control of the police, through an city ordinance that will establish an all elected Civilian Police Accountability Council (CPAC).