Dharma Vision: Toward a Buddhist Aesthetics of Film 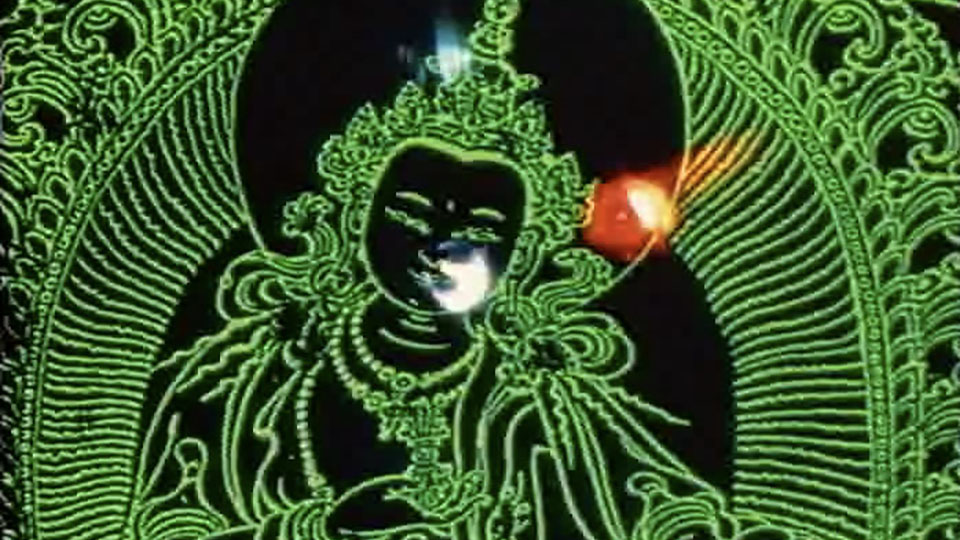 From the evacuated compositions of John Cage to austere designs of Isamu Noguchi, the influence of Buddhist aesthetics on modern art has been well documented. Why, then, is there such a dearth of scholarship on a Buddhist aesthetics of film? Aside from writings by Stanley Cavell, David Bordwell, and others on Yasujiro Ozu, there has been little attention given to films that endeavor to translate Buddhist aesthetic concepts (mono no aware, wabi-sabi, etc.) to the grammar of cinema. And yet, it seems that the avant-garde cinema—which frequently undertakes meditative projects that elicit questions about (im)materiality, repetition, and the passage of time—would be uniquely suited to cultivate a Buddhist aesthetics of film.

Dharma Vision offers a survey of Japanese, Korean, and American avant-garde/experimental films that transcends a superficial engagement with Buddhist concepts in an attempt to ask: what does a Buddhist aesthetics of film look like, and how might Buddhism help cinema come to terms with its death/rebirth? Based on Alan Watts’s theory of yin/yang, Form and Void (John Campbell, USA, 1995, 4 min., 16mm) is a Rorschach test comprising inkblot patterns that fluidly shapeshift between strands of DNA, animals, plants, and mandalas. Similarly, Buddha Again (Takahiko Iimura, Japan, 1970, 16 min., 16mm) features a looped study of a miniature stone Buddha found in a Katmandu temple. Sacred Art of Tibet (Larry Jordan, USA, 1972, 28 min., 16mm) is a hallucinatory fever dream of neon Tibetan mythology that poses questions about the western reification of Buddhist iconography. Featuring a soundtrack inspired by the Eiheiji monks, Cinema Metaphysique Nos. 1-4 (Nam June Paik and Jud Yalkut, South Korea, 1966-1972, 13 min., 16mm) offers a meditation on the dialectics of movement/stillness and noise/silence. Of N:O:T:H:I:N:G (Paul Sharits, USA, 1968, 35 min., 16mm), one of the premier structuralist “flicker” films, Sharits said “I am not at all interested in the mystical symbolism of Buddhism, only in its strong, intuitively developed imagistic power… the mantra is often nearly pure nonsense.”