Urban Renewal and Its Aftermath

With Judy Hoffman and Ronit Bezalel 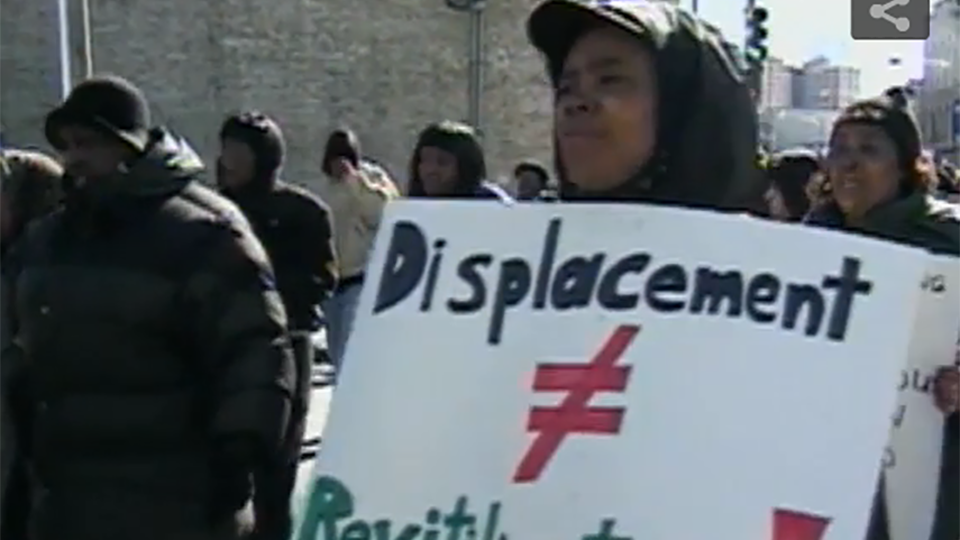 Urban Renewal and Its Aftermath
Postwar urban renewal programs redesigned the urban landscape, ostensibly to solve problems of overcrowding and decay in inner cities. Often this meant the destruction of historic architecture and the mass displacement of residents. “Slum clearance” affected hundreds of thousands of African Americans, leading James Baldwin to dub urban renewal “Negro removal.” The Oscar-nominated The Living City (1953) celebrated these programs as the only hope to save major cities, but as the century progressed it became obvious that urban renewal just created new problems, exacerbating the concentrated poverty of high-rise public housing. Indiana University’s Inner City Dweller: Housing (1973) addresses the failures of urban renewal programs twenty years on, and Voices of Cabrini (1999) asks what comes next as Chicago’s Cabrini Green is demolished.