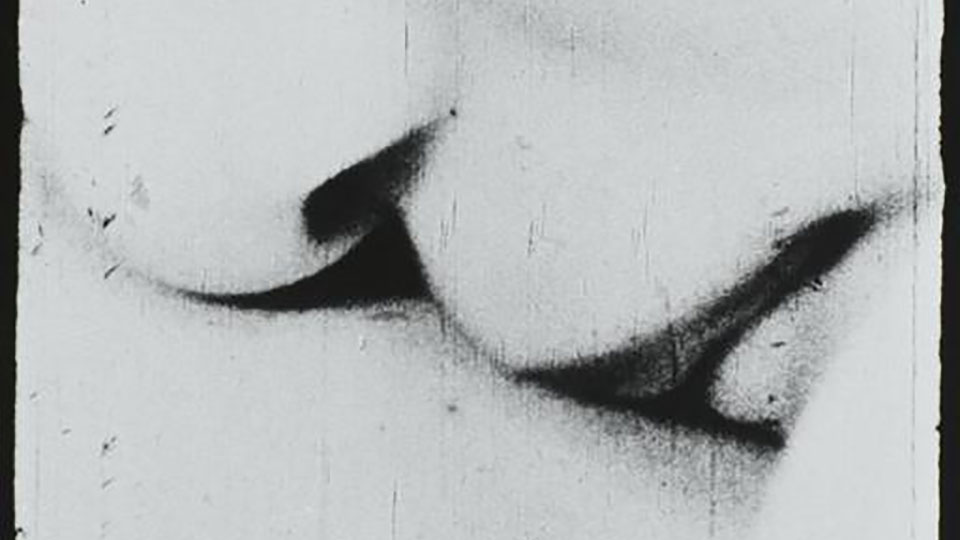 Tokyo in the early 1960s was a breeding ground for a new wave of Japanese avant-garde art. This program surveys the landscape of experimental cinema in Japan during this moment, including films that were made by members of the famous “Group of Three” and the Nihon University cinema club. Nobuhiko Ôbayashi’s Complexe (1964, 15 min., 16mm) centers on a man whose mundane walkabout metamorphoses into a surreal dreamscape in which manic pace of modernity is channeled via stop-motion animation and erratic editing techniques. To quote Donald Richie: “If there is any such thing as a popular avant-garde film, this 1964 picture is it.” Made with the Nihon University cinema club, Motoharu Jonouchi’s Pou Pou (1960, 22 min., 16mm) blurs the line between life and death as a group of children perform a burial ritual in an attempt to escape the monotony of quotidian existence. Takahiko Iimura’s Ai (Love; 1962, 10 min., 16mm) features erotic close-ups of fragmented body parts with sound by Yoko Ono, and Jonas Mekas likened it to Stan Brakhage’s Loving and Jack Smith’s Flaming Creatures. Directed by Nobuhiko Ôbayashi in collaboration with surrealist painter Kazutomo Fujino, An Eater (1963, 24 min., 16mm) is a grotesque (and graphic) comedy about cannibalism. The film foreshadows the fusion of slapstick gags and macabre humor that would come to define Ôbayashi’s 1977 masterpiece Hausu (House).