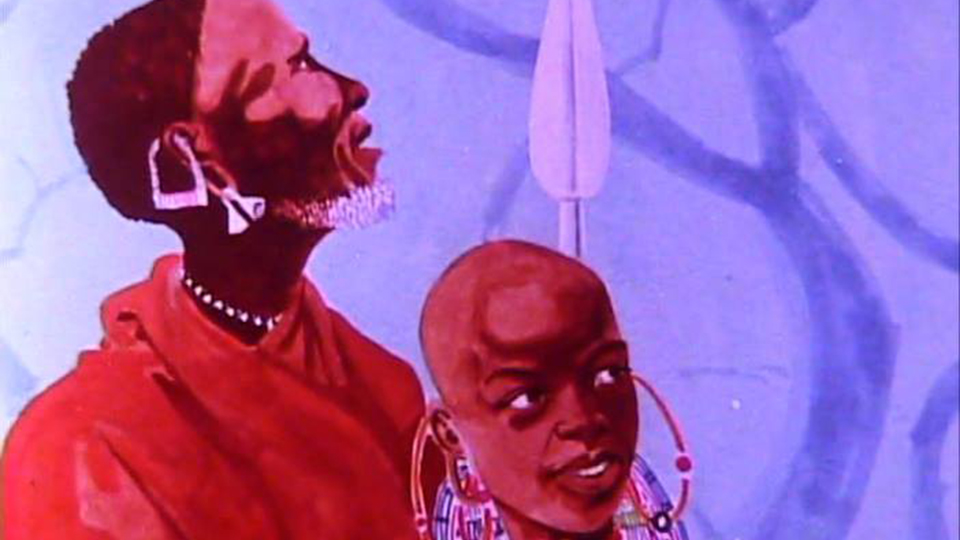 Produced between 1972 and 1981, these films illustrate the seven principles of Kwanzaa. In “Black Women Film and Video Artists,” Lawrence explains that “each principle is one of the ingredients of a unified community, something vital to the cultural and economic survival of African Americans. It occurred to me that each one could be illustrated by a folktale from somewhere in the African diaspora.”

Lawrence said she knew nothing about the animation process before embarking on the first film in the series, 1972′s “Tiger and the Big Wind,” but over the next seven years, she pieced together funding and staff to complete the series. The films feature music by Odetta, Babatunde Olatunji, Taj Mahal, and Don Lewis. “These films are national treasures,” says Jacqueline Bobo, the editor of “Black Women Film and Video Artists.” Although they’re long out of circulation, we’re able to show them thanks to the Chicago Film Archives, who transferred their 16mm prints to video for this screening.

Umoja = Unity
The Tiger and the Big Wind (1972, 8 min.). In a story based on a tale in William J. Faulkner’s folktale collection The Days When the Animals Talked, animals work together with a rabbit to trap a tiger who will not share his water and pear tree.

Ujima = Responsibility
Mudope and the Flood (1975, 5 min.) is about an old man who warns village harvesters of an impending flood by setting fire to his hut.

Imani = Faith
Beegie and the Egg (1976, 8 min.). Beegie is afraid to venture deep into the woods. She dreams about a magic egg entrusted to her by her father. To preserve its magic, she must take it into the forest and sing to it.

Kuumba = Creativity
Simon’s New Sound (1978, 8 min.) is about a young boy who is searching for a new instrument with which to celebrate Trinidad’s pre-Easter Carnival. He fashions a steel drum from the carefully indented bottom of an oildrum. Poet Opal Palmer is the voice of Simon.

Kujichagulia = Self-Determination
The Kangaroos Who Forgot (1979, 6 min.) is about two kangaroos in Australia who get lost and are adopted by a platypus family. They’re raised as good platypuses, but have they remained true to themselves?

Nia = Purpose
Mary Jean and the Green Stone (1980, 5 min.). Everyone in Mary Jean’s rural East African village wears a green stone which shines brightly as a beacon of cooperation. When Mary Jean hesitates to aid a neighbor, her stone flickers less brilliantly. Based on an Alice Walker short story.