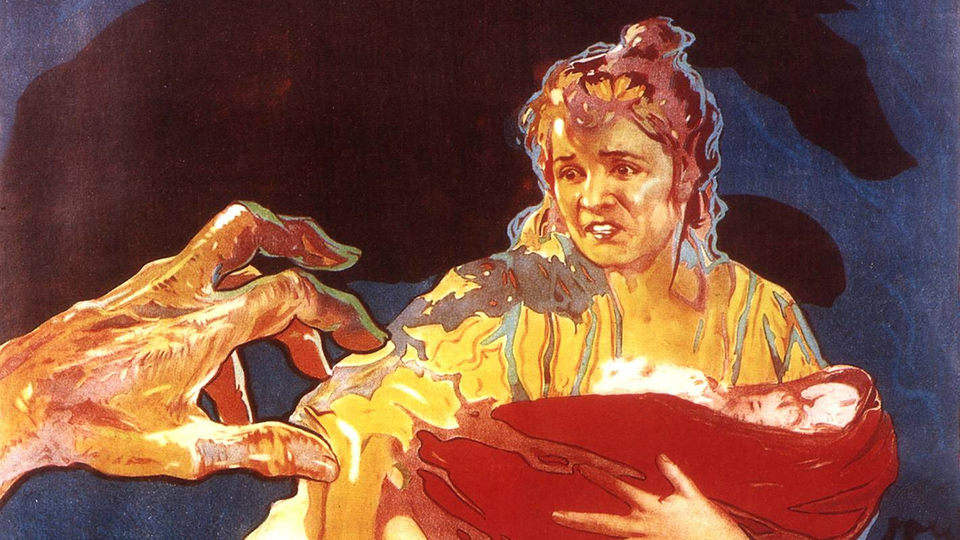 Pauline Kael called it “perhaps the greatest movie ever made and the greatest folly in movie history,” and Jonathan Rosenbaum says “for the sheer generating of suspense through crosscutting and action the film’s climax hasn’t been surpassed.” Widely seen as Griffith’s apology for the racism of Birth of a Nation, Intolerance (1916, 210 minutes, 35mm print) intercuts four storylines separated by centuries to portray humanity’s persistent intolerance throughout the ages. The episodes—a present-day story of redemption, the St. Bartholomew’s Day Massacre of 1572, the Biblical story of Jesus, and the fall of Babylon—are weaved together, each with its own unique color tinting.

For his accompaniment, Bangkok Opera founder and director Somtow Sucharitkul will create a unique soundscape for each of the storylines.

The film is available in countless different versions because of Griffith’s habit of re-editing it, but we’ll be screening a rarely shown 35mm print of the Museum of Modern Art’s 1989 restoration that recreates as much as possible the way the film looked when it premiered in 1916. As far as we can tell, this version hasn’t screened in Chicago in more than twenty years.

The screening is presented by South Side Projections, the Reva and David Logan Center for the Arts, the Committee on Southern Asian Studies, and the Film Studies Center at the University of Chicago. Additional support comes from the Chicago International Movies & Music Festival, and The MacArthur Funds for Arts & Culture at the Richard H. Driehaus Foundation. The print is courtesy of the Library of Congress.

About Somtow Sucharitkul
Born in Bangkok, Somtow grew up in Europe and was educated at Eton and Cambridge. The turning point in his life came as a teenager when his English teacher took his class to see Intolerance with a live pianist in London at the British Film Institute. His first career was in music and in the 1970s he acquired a reputation as a revolutionary composer, the first to combine Thai and Western instruments in radical new sonorities. His experiments met with confusion and anger in the arts community, and he suffered a major burnout, emigrated to the United States, and reinvented himself as a novelist.

His science fiction and horror novels have won or received nominations for the highest awards in the field, including two Hugo nominations, five Bram Stoker Award nominations; he won the John W. Campbell Award, the Locus Award for Best First Novel, and the World Fantasy Award. His 1984 novel Vampire Junction was voted one of the forty greatest horror novels of all time by the Horror Writers’ Association. His fifty-three books have sold about two million copies world-wide.

Returning to music after a stint as a Buddhist monk, Somtow founded Bangkok’s first international opera company and reinvented himself as a neo-Asian neo-Romantic composer. The Norwegian government commissioned his song cycle Songs Before Dawn for the 100th Anniversary of the Nobel Peace Prize. According to London’s Opera magazine, “in just five years, Somtow has made Bangkok into the operatic hub of Southeast Asia.”  His operas on Thai themes, Madana, Mae Naak, Ayodhya, and Dan no Ura, have been well received by international critics. He is increasingly in demand as a conductor specializing in opera. His work has been especially lauded for its stylistic authenticity and its lyricism. In 2013, he received the International Wagner Society’s Golden W award for his dedication to bringing the music of Richard Wagner to Southeast Asia. The Bangkok Opera recently completed a ten-year project to stage Wager’s Ring Cycle. His latest opera, The Snow Dragon, premieres in Milwaukee on March 12, 2015.