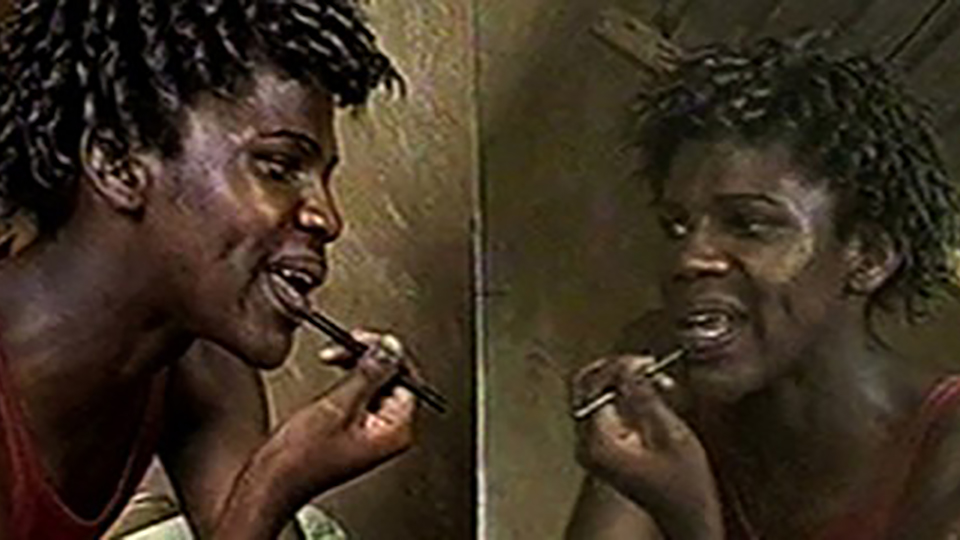 South African clothing designer, actor, and filmmaker Mpumi Njinge completed just two films before his death of AIDS-related illness in 2002. Both films are informal documentaries exploring the lives of queer folk in the townships of South Africa. My Son the Bride (2002, 24 min.) documents what is thought to be the first same-sex marriage between black men in South Africa, exploring a young man’s struggle with his family and his community to accept his sexual preference and bless his union. Everything Must Come to Light (co-directed by Paolo Alberton, 2002, 25 min.) tells the stories of three lesbian sangomas (traditional healers) in Soweto, delving into their relationship with their ancestors, and the role their ancestors play in their healing powers and sexuality.

Post-screening conversation will be led by Andrew Brown, who is finishing a PhD in performance studies at Northwestern University. Andrew has conducted collaborative ethnographic performances with LGBTI refugees in South Africa since 2011. Their play, Home/Affair, which premiered at the 2013 National Art Festival in Grahamstown, South Africa, addresses the lives of queer refugees fleeing persecution in their home countries who find that despite South Africa’s constitutional promise of human rights for LGBTI people, the reality on the ground is much less sanguine. Next year, Andrew will be joining Western Washington University as Assistant Professor of Performance Art.