The Chicago Eight (Seven) on Film 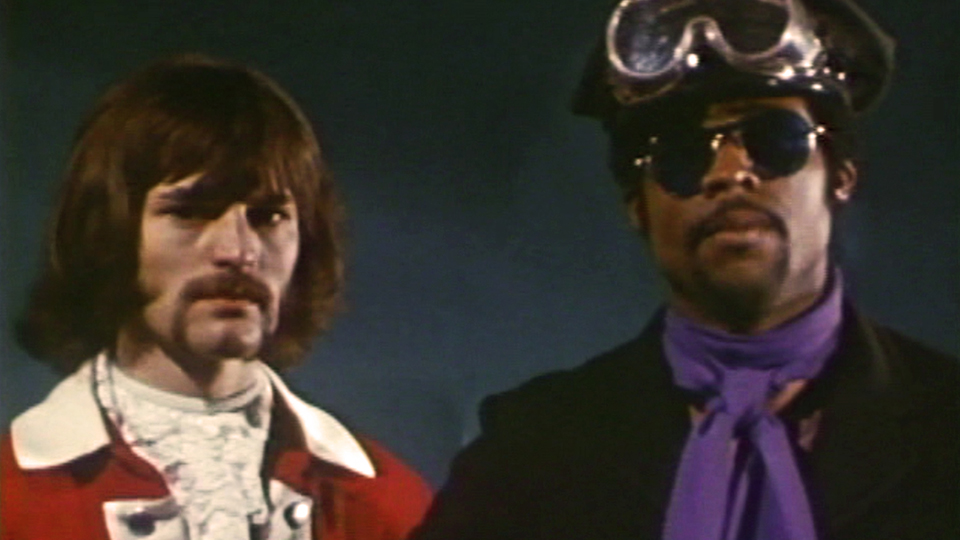 Richard Brick’s The Conspiracy and the Dybbuk (1971, 25 min., 16mm) is a record of the Radical Jewish Union of New York’s exorcism of the evil spirit that must be possessing Judge Hoffman, intercut with clips of speeches by Abbie Hoffman, Jerry Rubin, William Kunstler, and Jean Genet. And Kerry Feltham’s The Great Chicago Conspiracy Circus (1970, 92 min., DVD projection) is the film version of an off-Broadway play that combines transcripts from the trial with episodes from Lewis Carroll’s Alice in Wonderland. The lines are recited at breakneck speed, emphasizing the nonsense of legalese and the nonsense of that trial, by actors who look like hippies and who sometimes change roles—the same actor plays Arlo Guthrie and Richard J. Daley, and sometimes Judge Julius Hoffman is played by a powdered wig perched atop a mannequin. Sometimes it’s just too much, and people break out in song. Newsweek called it “An often brilliant whirligig of burlesque, vaudeville, and straight documentary.”