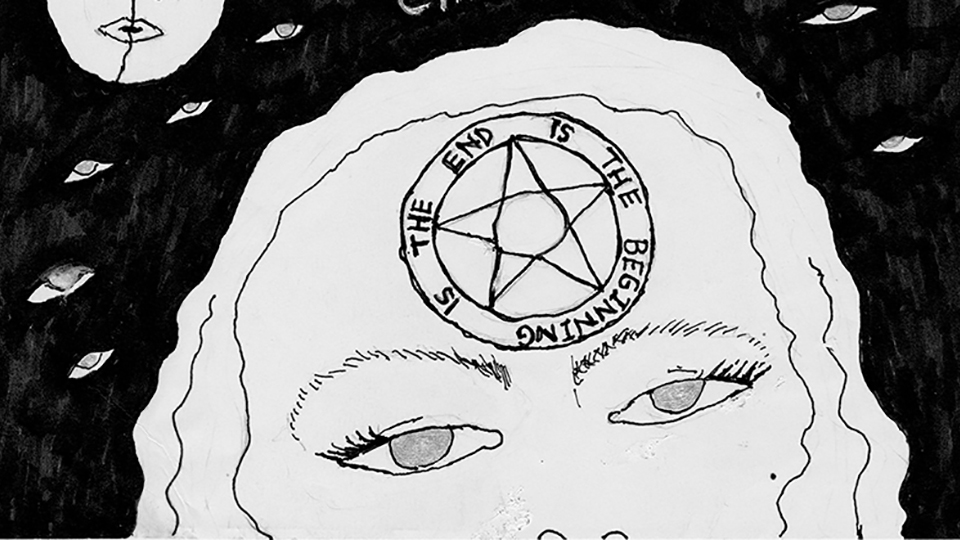 In collaboration with the Co-Prosperity Sphere, South Side Projections and the Chicago Cinema Society present Fatal Frame, a program of avant-garde horror films. Following H.P. Lovecraft’s supposition that “The oldest and strongest kind of fear is fear of the unknown,” these films hinge on uncanny enigmas, favoring existential terror over cheap thrills and grotesque monsters. And we’re presenting them all on glorious 16mm film.

Watson and Webber’s The Fall of the House of Usher (1928, 13 min.) gives Poe’s tale of madness the German Expressionist treatment, courtesy of bold shadows and prismatic effects. Equal parts Mario Bava and Marquis de Sade, Peggy Ahwesh’s Nocturne (1998, 30 min.) is sadomasochistic thriller about the violence of dreams. Curtis Harrington’s On the Edge (1949, 6 min.) concerns a mysterious figure trapped in a post-apocalyptic wasteland and includes a soundtrack by experimental composer Charles Ives. Assembled after her death by Anthology Film Archives, Maya Deren’s surreal masterpiece The Witch’s Cradle (1943, 12 min.) uses an abstract sculpture installation as the backdrop for occult rituals (with a cameo appearance by Marcel Duchamp). Finally, Victor Faccinto’s Book of the Dead (1978, 16 min.) is reminiscent of Méliès’ satanic shorts, featuring sleight-of-hand magic tricks and ghoulish animations.

Costume Contest!
A panel of celebrity judges* will bestow prizes** on the people judged to be wearing the most avant-garde*** costume.

* Celebrities on a local, or very local, level.
** Prizes as yet undetermined, but likely including a poster signed by artist Bruce Neal.
*** What might this mean in this context? It’s up to you and the judges.