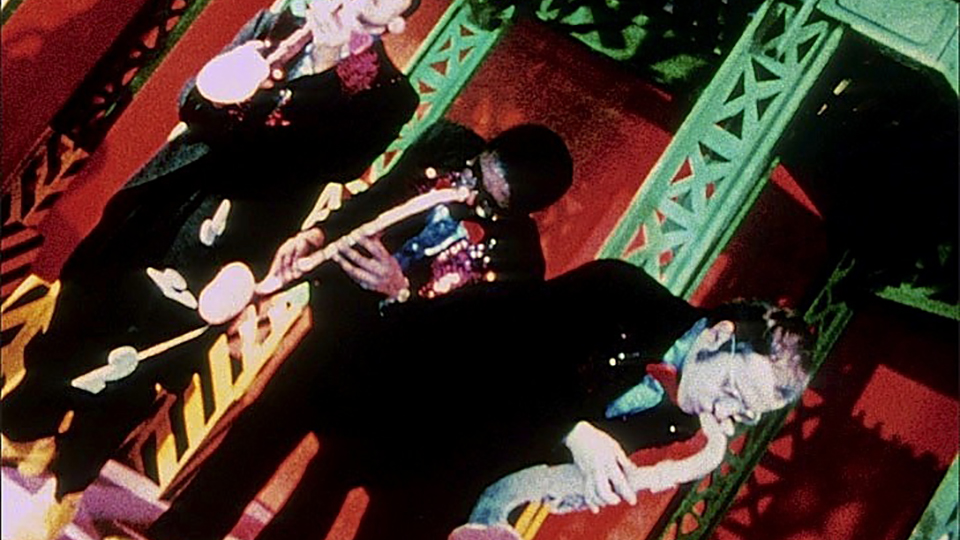 In partnership with the Co-Prosperity Sphere, South Side Projections presents Bring the Ruckus: Red Grooms on Celluloid, a sampling of experimental works from the 1960s.

A graduate of the Art Institute, Red Grooms is most well known for his expressionistic sculpto-pictoramas depicting the hustle and bustle of urban existence. Like many Pop Art luminaries, he shattered the highfalutin sanctity of the gallery space, bridging the divide between high art and mass culture.

A cross between Busby Berkeley and Jack Smith, Tappy Toes (1969, 19 min., 16mm) is a kitschy musical with kaleidoscopic visuals that uses Grooms’s massive installation City of Chicago as its backdrop. Look out for cameo appearances by Hairy Who heavyweights Ed Paschke and Karl Wirsum. Fat Feet (1966, 19 min., 16mm) is a mixed-media stop-motion short made with longtime collaborator Mimi Gross. Reminiscent of Grooms’s metropolitan dioramas, the film features a whimsical caricature of a city come alive, complete with an anthropomorphized mailbox. Finally, George Kuchar’s Encyclopedia of the Blessed (1968, 43 min., 16mm) chronicles a surreal cross-country road trip with Grooms that culminates in a performance piece starring Grooms himself. Kuchar called it “a diary of our work as we head for the Pacific Ocean in a suicidal plunge for theatrical infamy.”