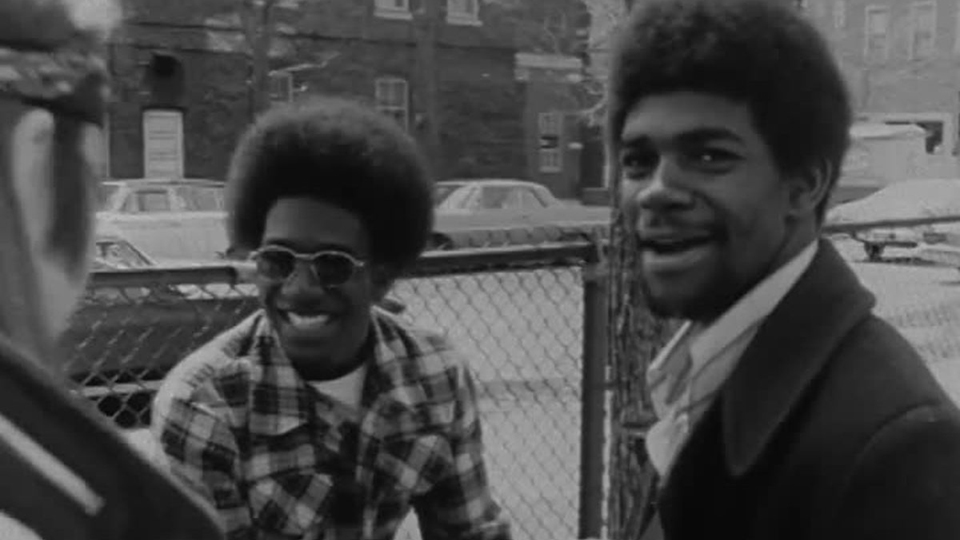 As black Vietnam veterans learned that their military service didn’t change the pervasive racism they encountered back home, they began to politicize and turn against the war. Trick Bag (1967, 21 min., 16mm), produced by Chicago’s Kartemquin Films, talks to Vietnam vets, gang members, and factory workers about their personal experiences with racism. And in No Vietnamese Ever Called Me Nigger (David L. Weiss, 1967, 68 min., 16mm), shot during a 1967 antiwar march from Harlem to the United Nations building, three black veterans talk about their difficulties finding jobs after returning from Vietnam.