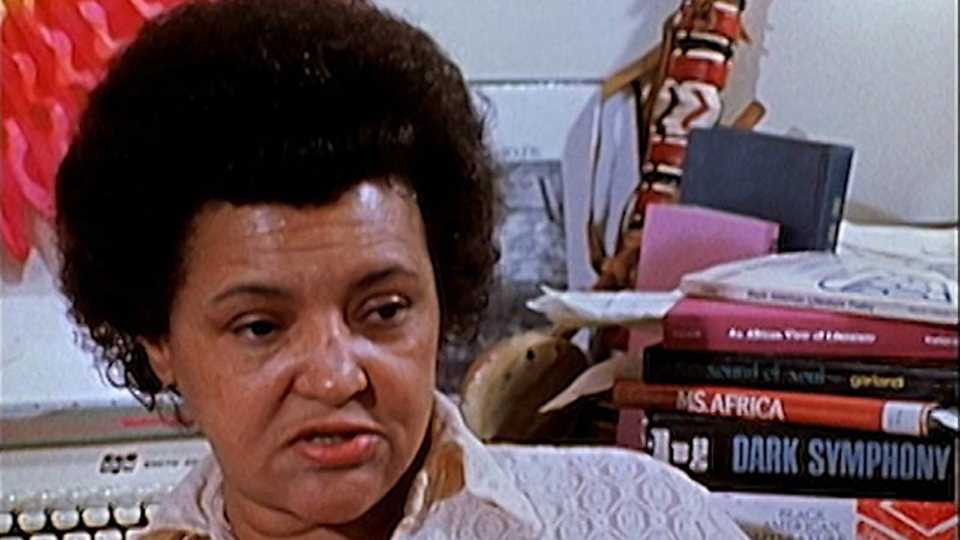 It was for the written word that the Black Arts Movement achieved its greatest amount of recognition, and these films explore the lives of two of the movement’s most talented poets. In Rainbow Black: Poet Sarah W. Fabio (Cheryl Fabio, 1976, 30 min., 16mm), the poet’s daughter tells the story of her mother, the writer and educator lauded as the “Mother of Black Studies.” And In Motion: Amiri Baraka (St. Clair Bourne, 1983, 60 min., DVD) follows the fiery poet through his 1967 arrest and conviction for resisting arrest during the Newark Riots.