Part of the Contemporary Arts Council‘s show “The Tipping Point of Me and We,” curated by Tempestt Hazel 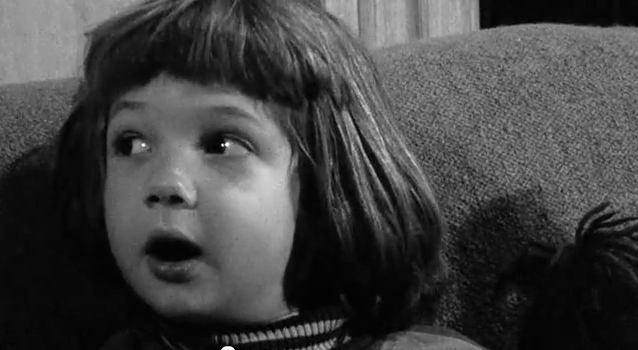 Our reaction to the idea of “tipping points” was to think about the Occupy movement, police brutality, etc., as the latest iterations of tipping points we’ve encountered before. With the NATO meeting and all the talk about it possibly being another 1968, we wanted to look to the 1960s for films that address similar issues. But we also wanted to look past the usual films of civil rights marches, iconic leaders like MLK and Malcolm giving speeches, to other ways of dealing with these things.

Anatomy of Melancholy (Brian Frye, 1999/1960s, 10 min., 16mm) is vague and distressing, full of semi-coherent fears of unstated threats with no apparent source or solution. “We’re all afraid… now.” Fear of the unknown, presented in a deeply weird manner resulting from the source material and Frye’s decision to present the footage as he found it. It prompts feelings of helplessness, similar to the feeling of helplessness in the face of something that seems too big to fight, like corporate personhood or police corruption.

Troublemakers (Norman Fruchter & Robert Machover, 1966, 54 min., 16mm) posits solutions to seemingly unfixable problems through the story of the Newark Community Union Project, a radical community group. It details their “everyday” activities like trying to get building codes enforced and trying to get a stoplight put in at a dangerous intersection. But it also shows them joining the Students for a Democratic Society. The general tone of the film is ominous about the revolutionary potential of groups like this—look, we’re trying to work with the system, but it’s not working, and there’s a limit to our patience. Jonas Mekas, in the Village Voice, said “The only answer is revolution. That’s the true message of the film.”

Sean (Ralph Arlyck, 1970, 14 min., 16mm) offers a lighthearted coda in which an adorable, streetwise four-year-old offers his opinions on drugs, police brutality, and charity. It ends with him saying he’s still going to be the same, think the same, in two years.

Forty years later, he’s not wrong—maybe about himself, but we have the same issues he’s talking about, and the Newark people were dealing with: corrupt government, police brutality, activists trying to work with the system but getting frustrated. The Occupy movement is the latest response to these issues. Perhaps looking to the past will help provide a way to untangle the problems of the present and future.