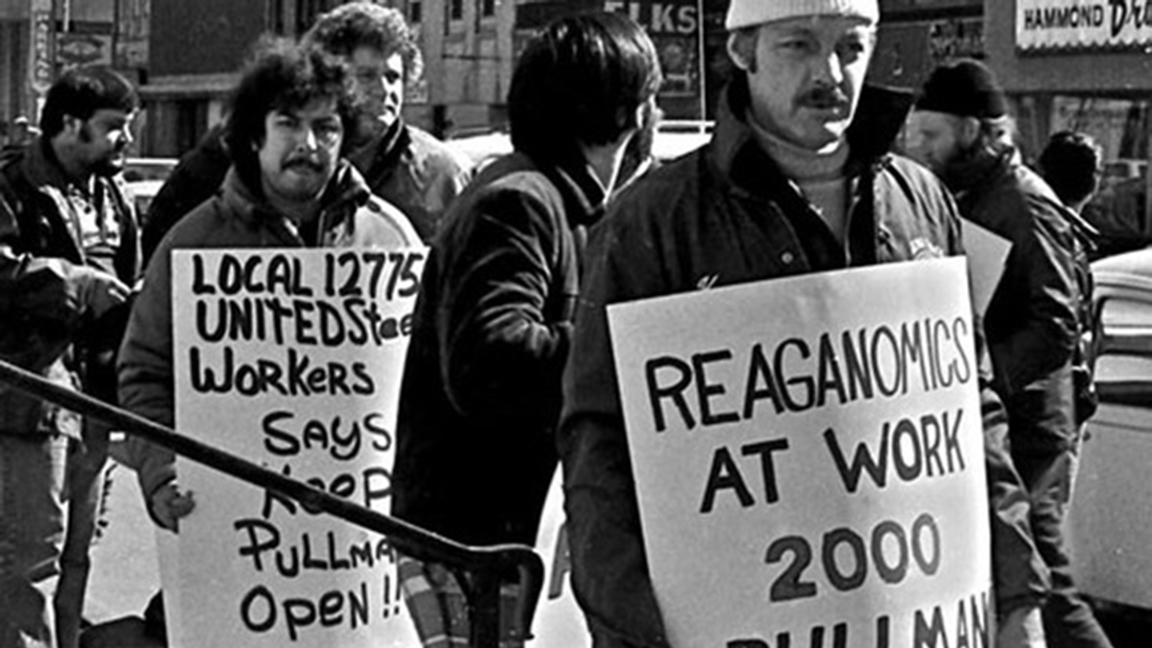 As part of the continuing celebration of the 45th anniversary of Kartemquin Films, South Side Projections, the Pullman State Historic Site, and the Bronzeville/Black Chicagoan Historical Society are proud to present a screening of the documentary The Last Pullman Car (1984, Gordon Quinn & Jerry Blumenthal, 16mm, 56 min.) at the historic Clock Tower Building, part of the original Pullman factory complex. Gordon Quinn and Jerry Blumenthal, founders of Kartemquin, will be present for discussion, as will members of labor unions, Pullman Car porters, and neighborhood residents.

In 1981, the United Steelworkers Local 1834 tried in vain to keep the Pullman-Standard Company from shutting down its operations in Pullman, putting several hundred people out of work. Kartemquin Films’s compelling documentary The Last Pullman Car concentrates on the workers’ plight as their elected officials, the company, and finally the national union seem deaf to their concerns. Set against the history of the struggle between labor and corporations, but as relevant today as it was thirty years ago, The Last Pullman Car tells yet another story of American industry abandoning our workers and communities.