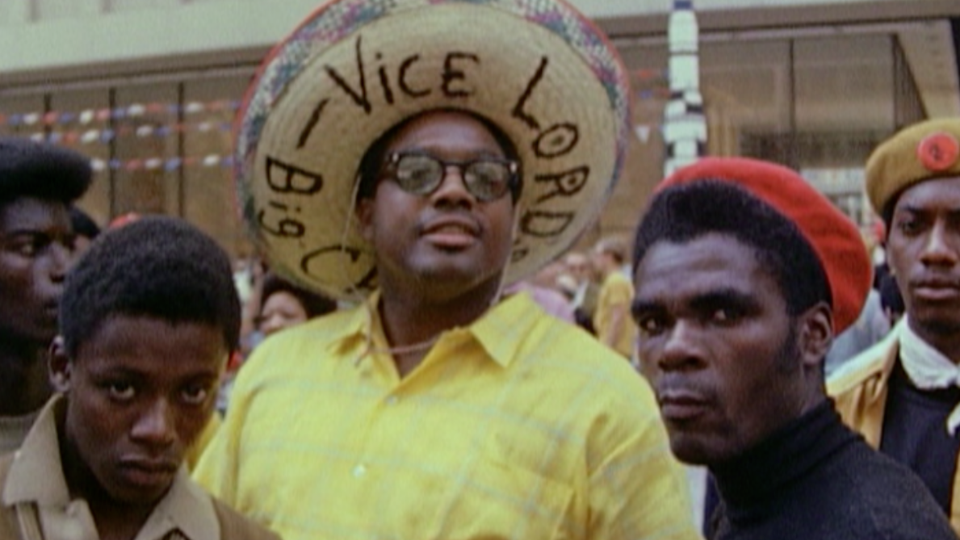 For our first screening, we rediscovered Lord Thing, a lost documentary about the Conservative Vice Lords. After our screening, the Chicago Film Archives located the materials for the film and restored it. You can view it here.

South Side Projections and the South Side Community Art Center present a screening and discussion of two films about the Chicago-based gang, the Vice Lords. THE CORNER (Robert Ford, 1962, 26 min.) and LORD THING (DeWitt Beall, 1970, 58 min.) present the gang’s transition from a group of small-time street toughs to a coalition of gangs and finally to a business enterprise (the Conservative Vice Lords—CVL, Inc.) with the organizational capacity to challenge white power structures.

THE CORNER features young Vice Lord members talking about their neighborhood and their gang, which had been formed four years earlier by Lawndale youths incarcerated at the St. Charles Juvenile Correctional Facility. Eight years later LORD THING presents a decidedly different picture: having embraced Black Power, incorporated as a business, received government and foundation grants for community programs, and joined in a truce with the Blackstone Rangers and the Disciples, the gang presented a different kind of danger to the City of Chicago, which Mayor Daley Sr. met by declaring a “war on gangs” to distract voters from the real issues.

Funded by the Xerox Corporation but never released, LORD THING, which used Vice Lord kids to reenact scenes from the earlier history of the gang, made its way to Europe, where it won a Silver Lion at the Venice Film Festival and screened at Cannes.

South Side Projections would like to thank the Chicago Film Archives for providing THE CORNER.