The Sojourner Truth Festival of the Arts 2023 Symposium 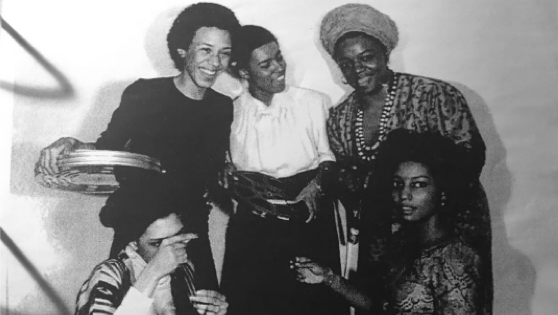 At the conclusion of the screening series, the final symposium will provide an opportunity to reflect on the past and future of Black women’s filmmaking. There will be roundtable conversations with some of the original festival participants, including Monica Freeman (the original film curator), Ayoka Chenzira, Jennie Bourne, Carol Munday Lawrence, Elaine Baly, Louise Fleming, Tippy Fortune, Jennifer Lawson, Edie Lynch, Michelle Parkerson, Joanne Braxton, Charlotte Carter, Patricia Spears Jones, and Margo Jefferson. The symposium will feature a keynote by Michele Wallace, a special tribute to Madeline Anderson, and a keynote conversation between Barbara McCullough and Julie Dash. In all, around 40 Black women filmmakers, writers, and curators will convene at the Logan Center from March 3 to 4 to celebrate the The Sojourner Truth Festival of the Arts, 2023.

The symposium is presented by the Film Studies Center, Sisters in Cinema, South Side Projections, the Poetry Foundation, and the Logan Center for the Arts, and is co-sponsored by Indiana University’s Black Film Center & Archive, the Field Foundation, the Chicago Community Trust, Arts Midwest, and partners across the University of Chicago.