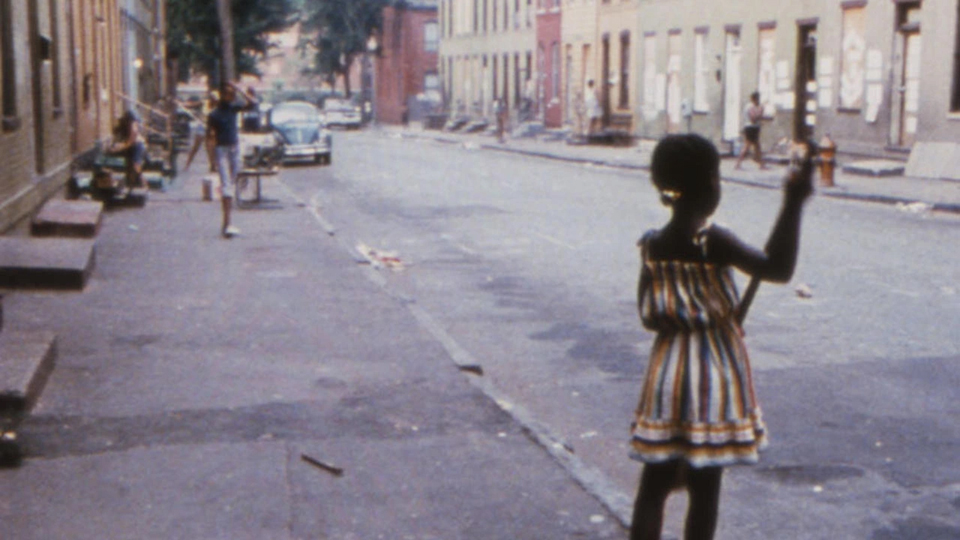 To confront and critique historical and present-day injustices, Black women have used filmmaking as a tool for engaging social issues from the local to the global. Edie Lynch’s documentary Lost Control (1975) provides an intimate portrait of men and women struggling with drug addiction in Philadelphia. In Flag (1989), Linda Gibson uses montage and superimpositions to address questions of racism and American history. Shirikiana Aina’s documentary Brick by Brick (1982) explores the displacement of poor Black residents under the guise of “urban renewal” in 1970s Washington, D.C. Alile Sharon Larkin’s Your Children Come Back to You (1979) offers a child’s perspective on the impacts of local—and global—injustices on her world. (16mm and digital video, 124 min.)

Lost Control courtesy of courtesy of Medgar Evers College (CUNY) Library Archives. Flag courtesy of Experimental Television Center. Brick by Brick and Your Children Come Back to You courtesy of the UCLA Film and Television Archive.