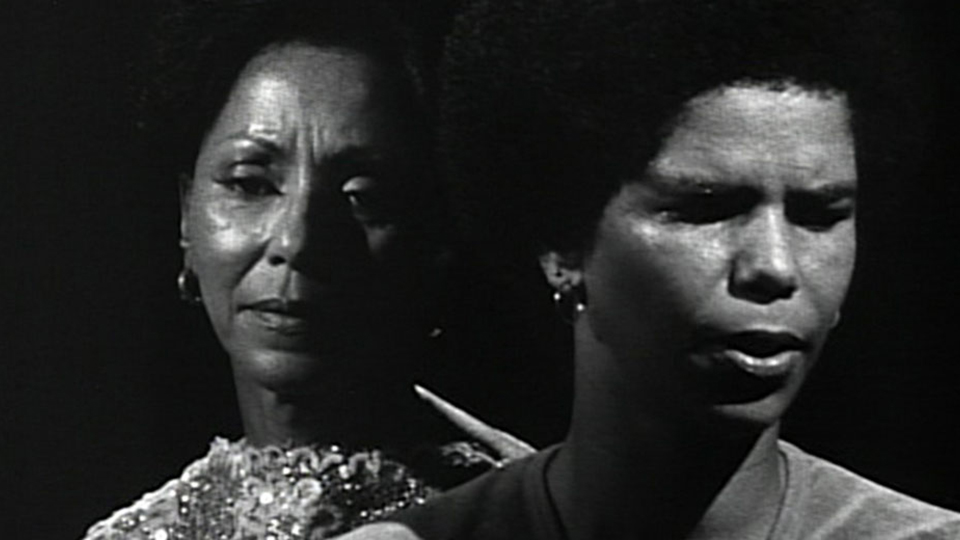 In this collection of shorts, filmmakers meditate on the indelible complexity of family dynamics. Suzanne, Suzanne (1982), one of the many films that Camille Billops and James Hatch made about Billops’s family, is a moving portrait of Billops’s niece and the abuse she suffered that led to a struggle with drug use. The film serves as a means of confronting and reckoning with the devastating impact of abuse. African Woman, USA (1980) by Nigerian filmmaker Omah Diegu (née Ijeoma Iloputaife) focuses on an African woman studying dance in the United States while supporting her family back home. Jacqueline Frazier’s Shipley Street (1981) poignantly examines the experience of a young Black girl with racism—both overt and in the form of microaggressions–in school. Carolyn Johnson and Larry Bullard’s A Dream Is What You Wake Up From (1978) is an intimate exploration of the role of Black families in America through a portrait of three families and their differing approaches to survival. (digital video and 16mm, 130 min.)

Suzanne, Suzanne and A Dream Is What You Wake Up From courtesy of Third World Newsreel. African Woman, USA and Shipley Street courtesy of the UCLA Film and Television Archive.