Program 5: Adaptation and Beyond 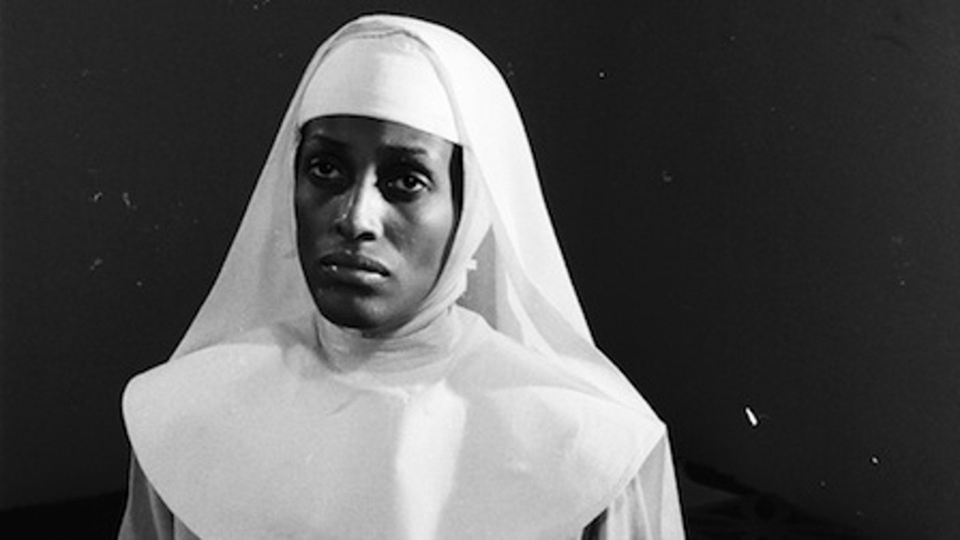 This program considers what it means to refashion, transform, and interpret. Adapted from a short story by Alice Walker, Julie Dash’s The Diary of an African Nun (1977) centers on a nun in Uganda reflecting on her life and faith. Anita W. Addison’s Eva’s Man is an adaptation of part of Gayl Jones’ 1976 novel of the same name, in which a Black woman murders and castrates her lover and refuses to tell a white psychologist why. Liz White’s feature Othello (filmed between 1962 and 1966 and first screened in 1980) was the first film version of Shakespeare’s tragedy that starred a Black man, Yaphet Kotto. The feature film adapts Shakespeare’s tragedy to the 1960s, using an all-Black cast and crew (including music by Hugh Masekela) to reimagine the play in a way that addressed colorism in the Black community, Afrocentrism, and the Black Power Movement. (digital video and 16mm, 139 min.)

Diary of an African Nun and Eva’s Man courtesy of the UCLA Film and Television Archive. Othello courtesy of the Reserve Film and Video Collection of The New York Public Library for the Performing Arts. Othello has been preserved with funding from the Carnegie Corporation of New York.