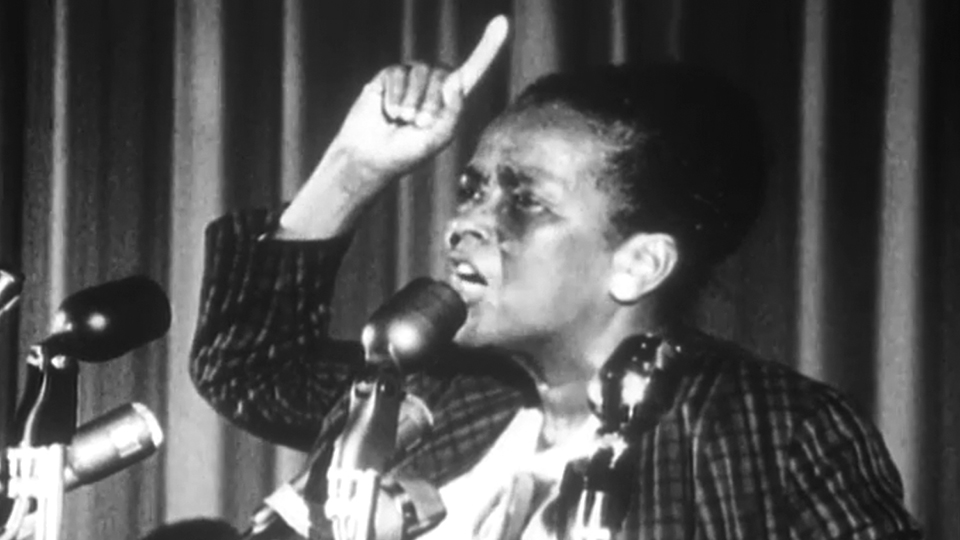 South Side Projections and the DuSable Museum of African-American history continue their examination of African Americans in the US political system with two films about Black women activists who helped shape the Civil Rights and Black Power Movements. Fundi: The Story of Ella Baker (Joanne Grant, 1981, 63 min., digital video) reveals the instrumental role that Ella Baker, a friend and advisor to Martin Luther King, played in shaping the American civil rights movement. The dynamic activist was affectionately known as the Fundi, a Swahili word for a person who passes skills from one generation to another. By looking at the 1960s from the perspective of Baker, the “godmother of the Student Nonviolent Coordinating Committee,” Fundi adds an essential understanding of the U.S. civil rights movement. And in 1972 Angela Davis stopped by Chicago’s Malcolm X College while on an international speaking tour following her acquittal on charges related to the 1970 Marin County Courthouse shooting. She sat down with fiery journalism pioneer and activist Lutrelle “Lu” Palmer, and Angela Davis at Malcolm X College (1972, 32 min., digital video) is a recording of that conversation.
Fundi courtesy of Icarus Films; Angela Davis film courtesy of Chicago Film Archives.