Fighting on Both Fronts: The Story of the 370th 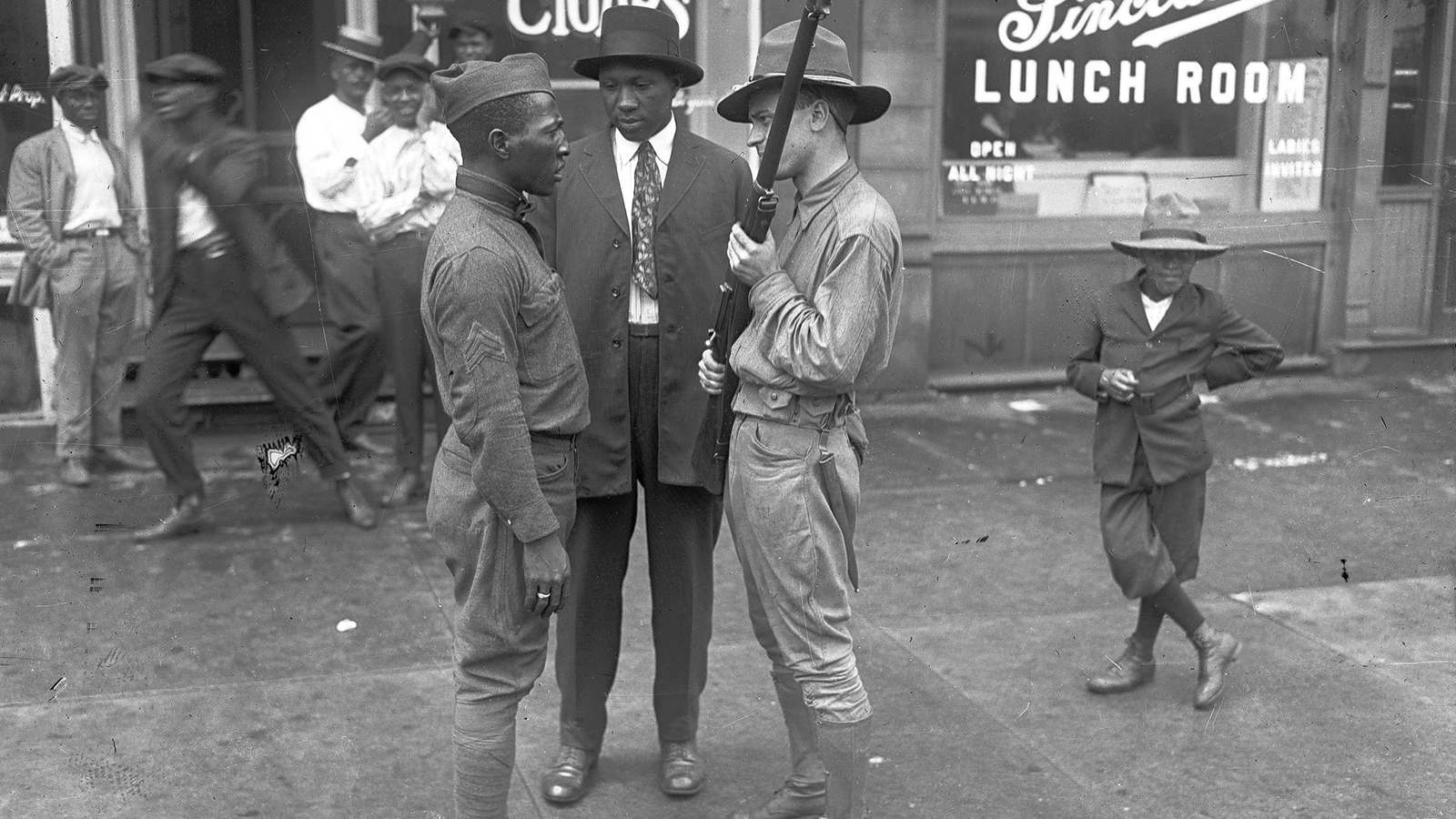 In conjunction with the DuSable Museum’s exhibition Clearing a Path for Democracy: Citizen Soldiers of the Fighting Eighth in World War I, the DuSable Museum of African American History and South Side Projections present a screening of WTTW’s documentary Fighting on Both Fronts: The Story of the 370th (2017, 30 min.). The film tells the remarkable but little known story of one of the few African American regiments to have fought during World War I. America’s unsung heroes, this group of men from Illinois, largely from Chicago’s Bronzeville neighborhood, fought on two fronts: the war against Germany and the war against racism and inequality. During a period when African Americans tirelessly fought for basic human and civil rights, these soldiers marched off to war to show their patriotism and loyalty to the U.S. But when they returned from war they realized that despite their sacrifices, their own country denied them civil rights.